Love knows no boundaries for rapper August Alsina, who has revealed that he has found love again. According to Page Six, the rapper announced his life development by introducing his boyfriend on the VH1 reboot of The Surreal Life. The announcement comes two years after his Will Smith blessed entanglement with the Academy Award-winning actor’s wife, Jada Pinkett Smith.

While appearing on the show, the 30-year-old musician seemingly came out as a member of the LBGTQ+ community when he introduced his new love interest. While he didn’t clarify his sexuality specifically, he did say the new love feels “limitless” and that it is teaching him about healing. His last public romance was two years ago when he became linked to Jada Pinkett Smith during a break with her husband amidst divorce rumors.

Without a father figure growing up (both his father and step-father struggled with cocaine addiction), August Alsina took his pain and turned it into a successful music career. While his sound is a mix of R&B and Hip-Hop, he credits his inspirations to Chris Brown, Usher, and others. After the drama surrounding Jada Pinkett Smith, the singer announced last year that he was retiring from music.

Before the entanglement with Jada Pinkett Smith, with the blessing of Will Smith, according to Alsina, the singer announced he was suffering from an autoimmune disease. The illness that attacks his liver has caused multiple problems, including a collapse on stage in 2014. In a 2019 Instagram update, Alsina said he had been hospitalized due to a drastic loss of mobility and that the doctors were doing tests to figure out how to manage it.

While August Alsina is a successful musician and celebrity personality, most of the attention he has received has been surrounding his relationship with Jada Pinkett Smith. While she was reportedly on a break with her Men in Black star husband, she entered into what she called a relationship with Alsina. In later interview, the musician revealed he had sat down with Will Smith, and he had been given Smith’s blessing due to the change in his relationship with his wife.

Jada Pinkett Smith made a name for herself as an actor when she first appeared in the 1993 film Menace II Society and the comedy with Keenan Ivory Wayans, A Low Down Dirty Shame. She then gained more prominence when she starred in The Nutty Professor, one of Eddie Murphy‘s biggest hits of the decade, and Set it Off with Queen Latifa and Vivica A. Fox. However, her most significant commercial success was as the captain of the Lobos in The Matrix Reloaded and The Matrix Revolutions.

While Jada Pinkett Smith has been the primary source of media attention in recent years, he has largely stayed out of the drama-circling marriage recently. Will Smith and his wife have spent much of the last year trying to repair their image following the infamous Oscars slap. But August Alsina has moved on in his own way by finding love in an unexpected place. 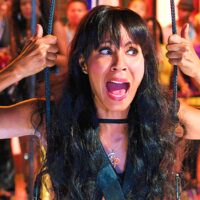 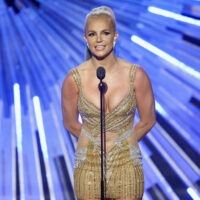