Some of you may remember actor J. August Richards from the TV series Angel. For some, it may be before your time. Angel has been off the air for over 16 years now. But for Richards, it has been a busy before and a just as busy after Angel career, even if Angel fans may not have seen him at work.

J. August Richards got his start on the very popular (at the time) The Cosby Show. It was a one-episode shot as Vanessa’s (Tempest Bledsoe) boyfriend. It would be another almost five years before Richards would grace the small screen again. This time he found himself on an episode of Family Matters.

Another lengthy delay, albeit shorter than his first, derailed Richards. It took him two more years before he began to find his footing in Hollywood. Things began to pick up as he pulled in roles, one after another. He was seen in OP Center, Diagnosis Murder, JAG, The Good News, Players, Chicago Hope, Clueless, and Sliders. Not only was he seen on the small screen, Richards found his way onto a couple of feature films. These included Good Burger and Why Do Fools Fall In Love.

As the calendar began to inch toward the 21st Century, J. August Richards’ dance card really began to fill up. He was seen in the TV mini-series The Temptations as well as TV movies Mutiny and Running Mates. He found more time on The Practice, The West Wing, Nash Bridges, Moesha, and Undressed. Then, Joss Whedon knocked on his door.

J. August Richards joined the cast of Angel in its first season as the vampire hunter Charles Gunn. He never held any powers or had any supernatural abilities, but he had strength and was very adept at martial arts from his years as a vampire hunter. Gunn’s relationship with Angel was not a smooth one in the beginning, given the fact that Angel is a vampire. But over time and after a few scrapes where they had to work together, Gunn began to soften towards Angel. Gunn eventually joined Angel Investigations.

J. August Richards’ Gunn character pretty much-remained status quo for the entire Angel series until the last season when he undergoes a procedure that enhances his mind with an incredible understanding of the law. He uses this to become a lawyer, allowing him to be the only one on the inside working the system.

After Angel, J. August Richards found some tough sledding. He made a quick appearance on CSI: Miami but was then plagued with another of his long layoffs. Two more years passed before Richards found himself on a few gigs.

He appeared in the TV series Conviction and The 4400 while also appearing in the feature Paved with Good Intentions. Another long delay ensued before he found Raising the Bar. In Raising the Bar, J. August Richards appeared as a lawyer for the fourth time in his career. Angel, Conviction, CSI: Miami, and Raising the Bar all showed off Richards’s ability to speak legalese.

He wasn’t done, though. After Bar failed, Richards jumped over to The Defenders to play ADA Bracken. Bottom line, if you’re good at something, keep doing it.

If you get a chance to play a superhero, do it. Even if you first must be a super-villain, do it. This was the choice that J. August Richards had when he was approached to play Mike Peterson on the hit series, Marvel’s Agents of S.H.I.E.L.D.

As Peterson, J. August Richards got to immediately perform as a super-villain/superhero. He played a cyborg that goes by the name of Deathlok. Early on, Deathlok murders a factory owner (one that who Peterson had gone back to in hopes to get his job back). When the owner denies him the opportunity, Deathlok does his thing. He becomes hunted by S.H.I.E.L.D, eventually being captured. Over time, Deathlok becomes a part of S.H.I.E.L.D, assisting them with a few battles.

J. August Richards’ appearance on S.H.I.E.L.D was recurring and covered five seasons. During his time on the hit show, he also found time to guest star on other TV series such as Grey’s Anatomy, Girlfriends’ Guide to Divorce, Notorious, Kevin (Probably) Saves the World, and Giants.

J. August Richards next big role is a recent one in the 2020 TV series Council of Dads. The story revolved around a father of five who is dying of cancer. He is worried that his children will be growing up without his advice so he, along with his wife, recruit three friends to become the “council of dads” to help steer his kids in the right direction.

This time J. August Richards portrayed a happily married gay man and doctor, not a lawyer, and is one of the council. Unfortunately, the series was canceled before it even completed one full season. The series tried to capture life in the here and now, reminiscent of the series A Million Little Things, right down to the little girl who, at seven years old, feels she relates better as being a boy.

J. August Richards Comes Out Of The Closet

The COVID pandemic has made many of us reassess life and how we see it. For J. August Richards, Council of Dads mirrored much of his personal life, so he took the opportunity on an Entertainment Weekly (EW) instagram live video with his Dads co-star Sarah Wayne Callies to let the world know not only was his TV character gay but so was he.

It took some time for Richards to reconcile the fact that he was hiding his true identity but for him, the timing and the project couldn’t have been better. He told EW, “Honestly, it required me to show up fully in a way that I don’t always when I’m working,” he said. “I knew that I could not portray this gay man honestly without letting you all know that I am a gay man myself.”

He also talked the timing, which he felt was heavenly. “The timing felt perfect. It was so divine. I felt like it was important for me to share this with the audience at this time because I saw that it would be a great opportunity for change. It was funny because my friends were all saying, “When the time is right, you’ll know,” and I just knew with everything in my person. It was a scary decision because I was out in my life, but I wasn’t out at work yet, so I came out at work for this job [Council of Dads]. But then there was that still that last bastion of going out publicly. I had a lot of feelings and a lot of fears about it, but I just felt so clearly that that was the time and I’m proud of myself for doing it.”

J. August Richards has made peace with who he is and decided to share it with the world. 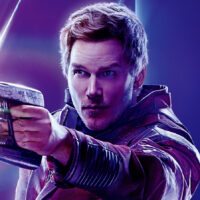 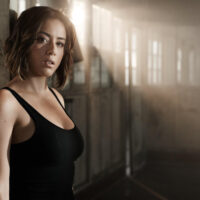 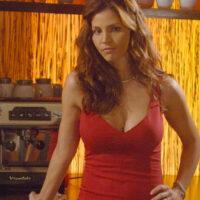