A popular Now This video clip from 2019 has made its way back to top trending status recently on Twitter. The video clip in question is of renowned Star Wars and Indiana Jones star, Harrison Ford. After making a name for himself restoring peace and order to a galaxy far, far away, the 79-year-old actor took on a more humanitarian battle combating global warming. Now, Ford’s name once again trends on Twitter, and thankfully not for the same reasons as Betty White and Bob Saget.

See the Now This clip for yourself below:

Now This News first shared the video clip of Harrison Ford in 2019. The progressive social media-focused news outlet is famous for posting short news videos. The clip made of Harrison Ford was taken from a 2019 Global Climate Action Summit where Ford gave an impassioned speech about the necessity to take climate change seriously. This Monday morning, the clip resurfaced leading Harrison Ford’s name to top the Twitter trending list, and surely scared many fans into thinking another beloved celebrity may have passed. The clip has also been reshared countless times this morning, with many users saying they “stand” by the Blade Runner vet.

Harrison Ford’s speech at the 2019 summit was fierce and to the point. Speaking largely about the destruction of the Amazon rainforest and its effect on climate change around the world, Ford urged his audience to listen to the “angry young people” trying to make a difference, saying, “The most important thing we can do for them is to get the hell out of their way.”. He even went on to call out world leaders for their part in the climate crisis as he said, “Leaders who choose to make climate change a divisive issue do it to protect the entrenched economic interests who profit from behavior that destroys our planet. It’s selfish. It’s short-sighted. It needs to stop…This is— is going to kill us.”

As a big advocate for the environment, Harrison Ford has long acted as the vice-chair of Conservation International, an American nonprofit environmental organization tasked with protecting nature. His work in the field even gained the popular celebrity the gift of having a new species of spider named after him in honor of his dedication. The perfect spokesperson for environmental campaigns, Ford has lent his voice over the years to plenty of public service messages promoting environmental involvement for EarthShare, an American federation of environmental and conservation charities.  Ford has also appeared in the documentary series  Years of Living Dangerously, which followed reports on people affected by and seeking solutions to the climate change crisis.

Harrison Ford joins a long list of acting celebrities with a large interest in climate change. Ford is joined by other big names like Leonardo DiCaprio, one of the most prominent and outspoken celebrities for climate change. Both Ford and DiCaprio are met with the same determination to use their prominence to voice climate concerns from other celebrities like Shailene Woodley, Jane Fonda, Matt Damon, Mark Ruffalo, and Don Cheadle. And while plenty of fans are grateful that such influential names are using their platform to promote world issues, the sentiment isn’t felt by all.

Recently, given the rocky and divisive state of politics in the US, many critics have voiced their anger over celebrities who use their platform to push their views. While the environment is certainly a large topic that celebrities will promote, politics has also been prominently mixed in as well. And more than ever, celebrities are voicing their opinions on what matters most to them. Often claiming that Hollywood’s elite should simply “close their mouth” and “do their job”, not everyone enjoys seeing the financially better off side speaking for what they believe in. 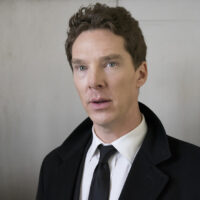