Hannah Murray: What To Watch If You Liked Gilly On Game Of Thrones

Hannah Murray was born in Bristol, England. So it makes sense that she got her start on an atypical British TV series called Skins back in 2007. Murray’s initial goal was merely to audition for the experience of trying out for something, as this was her first audition, but she had impressed the producers so much that she was offered a role.

The series was atypical, pretty much for any TV series, in that the primary cast was replaced every two years. Hannah Murray was one of the first actors cast in the show, her character was a teen who had a self-destructive bent, dealing with an eating disorder. The series was also noted for exploring difficult issues such as depression, obviously eating disorders, PTSD, bipolar disorder, bullying, and death.

Of her two-year run on the series, Hannah Murray was pretty matter of fact about the change, very understanding for a young actress in her very first role. She said to Metro, “It would be really silly to be in a teenage drama if you’re no longer a teenager.” True. Murray did, though, return for a two-episode arc in the series’ final season.

The reason Hannah Murray could be so nonchalant about moving on from her first role is that she was then getting ready to star in her first stage play: That Face. Her role in that play was very similar to her character in Skins, young and damaged. She fared quite well in That Face.

After her successful stage run, Murray found other roles. She was in the British series Marple and then Above Suspicion. Her first feature came in the British thriller Chatroom. Then came Womb, and Little Glory. Hannah Murray’s first jump onto the American movie screen came in a bit role on Tim Burton’s Dark Shadows. She was well-prepared for what came next.

GILLY ON GAME OF THRONES

HBO’s megahit series Game of Thrones had already wrapped its first season when the announcement came that Hannah Murray would join the cast in a recurring role as Gilly.

When we first meet Gilly, she is a wildling and the daughter (one of many) of Craster, a man who takes his daughters as wives once they grow into women. He has taken Gilly as a wife and has also “taken” her for she has had a child by him. During a battle, Craster is killed and Gilly escapes with Samwell Tarly who, over the remaining series, becomes Gilly’s lover and sworn protector.

Hannah spoke of the pair’s relationship and their first big moment to MakingGameofThrones, “A big thing that connects them is having horrible fathers. We haven’t seen Sam’s father, but we know about that in a different way from Gilly, Sam was abused as well.” She continued, “They’re two people who have come from horrible places, but because they both have this brokenness, they’re able to give each other what they’re missing.”

And what of that first big moment, when Hannah Murray read about the kiss? “I thought, “They’re really letting Sam be the hero.” I love the way that’s been building up from the point when he kills the White Walker. I also really enjoy the comedy of Sam and Gilly. I love how right before he kisses her for the first time, she’s telling him that he’s rubbish.”

Hannah Murray was upgraded from recurring to a series regular beginning the series fourth season and kept that upgrade until the end of the series.

Since filming dates for Game of Thrones were a bit scattered, Hannah Murray was able to find other projects during her time on the series. She was seen in the feature The Numbers Station, she finished her run on Skins, but then her feature film slowed almost to a crawl.

She was seen in God Help the Girl, Bridgend, Lily & Kat, The Chosen, and Detroit before she grabbed a controversial role in the movie Charlie Says. For this movie, she took on the role of Leslie Van Houten aka Lulu, who came to fame as one of the Manson Family members. Lulu participated in the LaBianca murders, the night following the Sharon Tate murders. Lulu was convicted for the brutal murder of Rosemary LaBianca and sentenced to death, a sentence which was commuted to life in prison, where she continues to rot today.

Now 31-years-old, Hannah Murray is dating 32-year-old Mike Bailey. So she’s not single, but she’s also not married. I guess there’s still hope for all you Gilly fans.

Charlie Says was Hannah Murray’s last feature before the Game of Thrones came to an end. Since the show’s finale in 2019, Murray has been fairly quiet. Whether this is COVID-related or lack of roles being offered to the young actress, is unknown.

Hannah Murray has most recently been seen in the Quibi series The Expecting but with the recent announcement of Quibi closing its doors after only six months, the future status of the series is up in the air and not very positive.

At the moment, Hannah Murray doesn’t have anything lined up to follow The Expecting but don’t expect that to last long. She’s proven herself as a talented character actress, one that’s sure to pop up again somewhere. 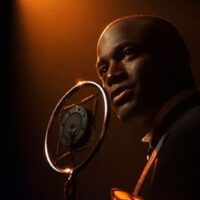