Gina Carano had spent a few months out of the internet crosshairs, even appearing back on an old platform in what seemed like the beginnings of an industry comeback tour. But that might have been undone this week when she took to social media to voice an opinion that has more than a few people crying foul. The actress got on Twitter to send out an anti-vaccination message that appears to have riled up the same crowd that sought her ouster from her Disney gig last winter.

The Gina Carano tweet was posted on Thursday and used a popular South Park meme to call into question vaccination efforts around the Covid-19 pandemic. It follows up some other controversial takes she had last fall around the pandemic and the United States Presidential Election. This latest social media post has a similar vibe to it and commenters on Twitter were quick to ring in with some derision around the tone. Check out her original tweet:

More than a few folks jumped quickly into the comments to blast Gina Carano for the take, arguing that this kind of rhetoric was only serving to empower conspiracy theorists and halt vaccine efforts. That being said, it did garner a substantial amount of traction from supporters with the tweet sitting at around 38K likes and 7,000 retweets. It didn’t receive the ratio-ing one might expect considering the commentary. You can see some of the responses the actress and celebrity received:

Gina Carano put herself near the center of the debate of the Covid-19 pandemic last fall when she sent out some social media posts that called into question both vaccine efforts and mask-wearing culture in the United States. It immediately had a number of people calling for firing from her Cara Dune role on Disney’s The Mandalorian. Though the character was a popular one for the budding franchise, there were some that thought her conspiracy-like stances on some issues had no place at Disney.

Those comments, at first, didn’t lead to her removal from the show, though rumors floated that some at Disney wanted her out. It wasn’t until later, when she had another post comparing the plight of the Jewish people during the Holocaust to the treatment of modern-day Republicans, that she was formally fired. Not only did she lose her spot on The Mandalorian, but plans for her to star in Rangers of the New Republic was scrapped too.

But Gina Carano was quickly picked up by The Daily Wire, signing a contract with their fledgling production company with the plan for her to star in a number of different movies with them. And then she was a guest on Running Wild With Bear Grylls. That episode actually aired on Disney+ leading some to speculate she might soon enter the studio’s good graces. It would appear from this latest tweet that we won’t be seeing her back with Disney anytime soon. 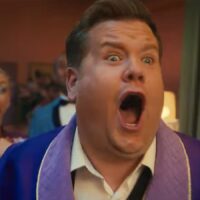 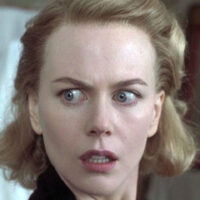