After actress Susan Sarandon tweeted a graphic referencing the Holocaust, fans of Gina Carano are claiming it's the same sentiment that got the Deadpool star fired by Disney.

In yet another example that celebrities shouldn’t comment on politics or controversial issues, we give you Oscar-winning actress Susan Sarandon. The Thelma & Louise actress tweeted out an image Monday stating the dangers of having one party controlling the media, the social narrative, and even the truth, and referenced the Holocaust in the process. In response, fans of The Mandalorian actress Gina Carano claim it’s the same kind of tweet that got her fired from Disney, and are crying foul in the process.

“It didn’t start with gas chambers,” the image in Susan Sarandon’s tweet read. “It started with one party controlling the media. One party controlling the message. One party deciding what is truth…One party dividing citizens into ‘us’ and ‘them.'” In 2021, Gina Carano tweeted an image of German soldiers chasing a woman, stating “Jews were beaten in the streets, not by Nazi soldiers, but by their neighbors…the government first made their own neighbors hate them simply for being Jews.”

Twitter users responding to Sarandon questioned why she was not called out for using the Holocaust to make a political point, as Carano was. Some even said Sarandon should be canceled over it, claiming she should be treated no differently than Carano. It’s an odd point to make, because if you claim Sarandon is worthy of cancelation, then you are also confirming that the cancelation of Carano is justified.

The controversy proves yet again that it is never a good idea to use the Holocaust to make a point, however valid, on social media. It’s a volatile subject that obscures the point being made. Susan Sarandon has yet to learn that, just as Gina Carano has still failed to learn that.

While critics of Sarandon and Carano are pointing fingers at each other and claiming context matters, the truth is that both were essentially arguing the same point: marginalizing differing opinion is dangerous and unhealthy for our society. They just didn’t need to use the Holocaust to prove their point.

Susan Sarandon has earned her share of online critics, particularly after she chose to support Green party candidate Jill Stein over Hillary Clinton in 2016, although she manages to anger both the left and right of the political spectrum with her liberal views. Gina Carano’s libertarian views, which are heavily right-wing, made her the focus of a concerted online effort to get her fired from her role as Cara Dune in The Mandalorian. In February of 2021, she gave them the tweet that allowed that to happen.

Still, Sarandon has her supporters, who will claim she’s nothing like Carano, who in turn has her own defenders.

Carano’s Mandalorian co-stars came to her defense, somewhat, after Lucasfilm fired her in February of 2021 over her tweet, calling them “abhorrent” and “unacceptable.” Breaking Bad star Giancarlo Esposito called Carano his favorite actress on the Mandalorian set, which bewildered some. Comedian Bill Burr, who played Migs Mayfield in the Star Wars series, said “I thought it was funny that the liberals proved her point. They just use outrage because they don’t like your politics.”

Despite the controversies, both actresses have managed to stay busy working, despite online blowback. Susan Sarandon will be appearing in DC’s Blue Beetle as Victoria Kord, and Gina Carano continues to act, although not in any Disney or major studio productions. Her latest film, Terror on the Prairie, an independently-produced western, opened earlier this year.

It should be noted that Gina Carano is no longer on Twitter, as it appears she shut her account down. 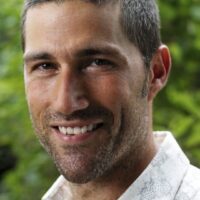 Matthew Fox: Accused Of Beating Women, The Lost Star Was Out Of Hollywood For Years 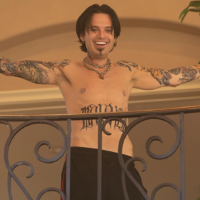 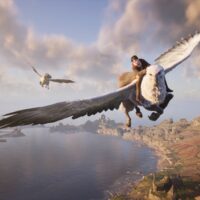 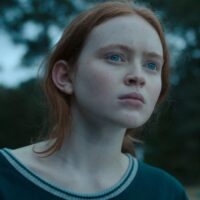