Star Wars fans around the world take a moment to celebrate their love for the story in its many incarnations every May fourth. The day is often celebrated with themed t-shirts and, of course, the phrase, “May the fourth be with you.” It’s common for celebrities in the franchise to participate in the day. This is often the most fun part. Naturally, Mark Hamill tweeted about it. However, many likely tensed up when they saw Gina Carano post. The actress was recently fired from the Star Wars series The Mandalorian on Disney+ after controversial social media posts. How she feels about Star Wars now could be questionable. However, while she wished her followers a happy May Fourth, she mostly stuck to a post discussing her appreciation for her fans.

In the Twitter video, Gina Carano wishes her fans a happy May fourth, says “May the fourth be you,” and then shows signed photographs and merchandise spread over a table. She expresses an appreciation for the fans who built the website GinaCarano.Net, which she says is entirely fan-run. The people behind the website supported her during 2020, when she was going through a difficult time. Now, she wants to show her appreciation for the people behind the website by signing the shown photographs and merchandise, bundling the items up, and sending the fansite the package for them to give away on their website. You can see the video with the items she is sending them below.

One of the more unique included items include hair accessories. Gina Carano wore a braided hair extension when she was playing Cara Dune on The Mandalorian. The woman who created those hair pieces for her character made a number of them. Carano showed a large pile of those pieces in plastic bags that she was including in the package she was sending the fans. A large number of the photos and pieces of merchandise were Mandalorian themed, but a fair number of pieces were also focused on Carano’s days as a WWE star.

While most outlets agree that it’s unlikely Gina Carano will ever return to the role of Cara Dune for The Mandalorian, some rumors still persist that we may see her again. That seems unlikely, after all of this time and everything that has happened between Disney and the actress. Meanwhile, Carano has moved on with a tight group of fans behind her. She has a new job with The Daily Wire. They’ve hired her to produce and star in her own film. Only two days after she was fired from The Mandalorian, she was already signed on for the new project. Despite rumors to the contrary, it doesn’t sound much like Gina Carano is interested in reclaiming the role, if that were an option.

While that tie between Carano and Cara Dune has been firmly cut, her fan base is still largely made up of those celebrating Star Wars Day. With all of the controversy behind the actress, it’s good that she’s still using the day to appreciate the fans of her Star Wars character in a fitting way. 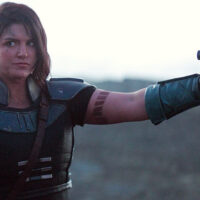 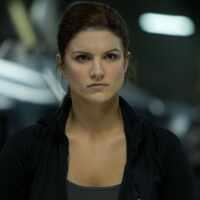 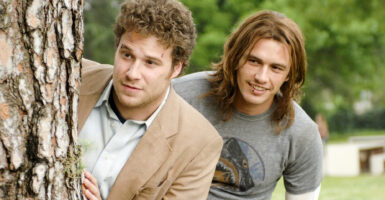