George Clooney has long been known for his debonair and dashing ways, cutting out an imprint on the big (and small) screen with rugged good looks and a seemingly charming personality that’s always played well in any number of different roles. Heck, back in 1997 this was the world’s sexiest man according to People magazine. And yet, he’s always had a “regular dude” air about him. One of those reasons could be that, when it comes to his hair, he might be a bit closer to us than we thought. Turns out Clooney has been using a Flowbee to trim those half-a-billionaire locks. Check out the interview in which he breaks down his hair grooming practice:

In the interview with CBS Sunday Morning’s Tracy Smith, George Clooney details how years ago he bought a Flowbee to trim his “straw” hair and has been using it ever since. He even admits that his haircut for this interview was Flowbee’d. Smith appears stunned. It’s remarkable for a couple of different reasons. One, Flowbee has long been the butt to haircutting jokes and two, Clooney is so rich he could probably buy haircuts for every single person in the United States right now.

It’s unlikely George Clooney is the only one cutting his hair this way. Flowbee has been around since the late 1980s and it reached peak zeitgeist status from its infomercials.

The half hair clipper/ half vacuum invention took the world by storm in that it seemed like a preposterous joke. Would people really cut their hair like this? Well apparently, yes they would. And amazingly enough, they are still around. You can purchase a Flowbee directly from their website starting at around $100 dollars. Considering George Clooney bought his “years ago” we might be looking at a vintage model.

And if you think cutting his own hair with three-decade-old technology is the only thing that makes George Clooney a little more like us than you thought, think again. Recently the actor made an unbelievable admission that he had gifted a group of his friends $1 million each. He said it was a way to give back so much of the fortune he’d earned over the years through both acting and other business ventures like the sale of his Casamigos Tequila brand. As a “thank you” for being there for him over the years, he doled out the million to 14 of his closest friends. Imagine being friend 15 on that list? Has to be a rough scene.

Will we ever get to see George Clooney’s Flowbee-inspired locks hit the screen again? Maybe just one more time. Currently, he has no work in the pre-production pipeline with his upcoming Netflix film, The Midnight Sky completed and set for release on December 23, 2020. He directs and stars in the sci-fi film in an Arctic setting. After that, it might be a while for the actor. But at least, in the meantime, we can know that sometimes these celebrities are closer to us than we think, haircuts and all. 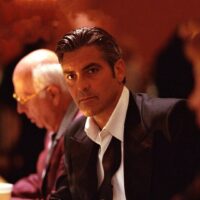 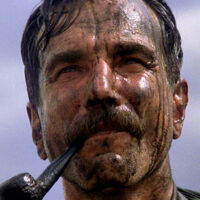 Daniel Day-Lewis: Why He Quit Acting And Disappeared