Gary Busey Charged With Sexual Assault, Found With Pants Down The Next Day

At one time, actor Gary Busey was well respected in the filmmaking community. The Texas native was a sought-after artist, creating incredible performances starting in the 1970s with films like The Buddy Holly Story and Point Break. Once well regarded for his work on the screen, Busey’s personal life seems to have gotten the better of him over the years, as his time onscreen has been overshadowed by his behavior offscreen. Recently, the actor was charged with sexual assault, but his actions the next day have also gotten him in hot water.

According to a report by RadarOnline, Gary Busey was found in a Malibu park over the weekend with his pants down. This comes mere hours after the actor was arrested for several counts of sexual assault at a convention in New Jersey. The incident in question occurred at Point Dume Park, where Busey was allegedly seen with his pants down while fondling himself in the park. He allegedly returned to his parked vehicle, still with his pants below his knees, smoking a cigar. Witnesses claim that Busey had looked around for a bit to ensure he wouldn’t get caught before finishing the obscene deed.

This strange park incident is the latest in a string of seemingly overnight issues involving Gary Busey and lewd alleged acts. According to The Philadelphia Inquirer, the Rookie of the Year star was charged with three counts of sexual assault on Saturday, August 20th, after it was alleged that Busey groped two people while attending the Monster-Mania convention in Cherry Hill, New Jersey in early August. So far, the crimes he is accused of include two counts of fourth-degree criminal sexual contact and one count of fourth-degree attempted sexual assault. He is also being charged with a separate violation of one count of harassment. There has been no word yet if Busey will receive any other charges relating to the Malibu park incident.

Gary Busey was attending the Monster-Mania convention in New Jersey this month as a special guest for the three-day event. The semiannual event is one of many festivals and conventions held throughout the United States that lead up to Halloween, which often honors the horror movie genre. Many fans met Busey and other actors from their favorite horror films at the convention. Some of these fans complained about Busey’s conduct at the convention, which sparked the investigation into his behavior. ABC News reports that Busey was removed from the convention while still being investigated.

Gary Busey was nominated for the Academy Award for Best Actor for his portrayal of doomed singer Buddy Holly in The Buddy Holly Story. A career that dwindled after a horrific motorcycle accident in 1988 that left the actor with partial brain damage, Busey went back to work to play a multitude of roles in movies like Under Siege with Steven Seagal and the 1996 comedy Black Sheep alongside Chris Farley and David Spade. His time on Dancing With the Stars and close association with Donald Trump and The Celebrity Apprentice made him a staple in reality television in recent years. 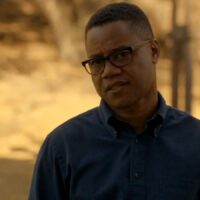 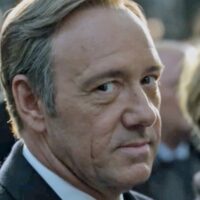 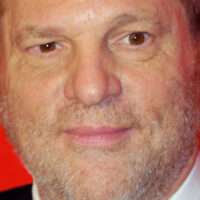