Warner Bros can’t catch a break when it comes to avoiding actors mired in controversy. The recent defamation trial between former Warner Bros employee Johnny Depp and current Warner Bros employee Amber Heard has put a big spotlight on the studio and the way they handle the casting of their tentpole movies. Now, it is Johnny Depp’s former Harry Potter co-star Ezra Miller who is bringing a negative light upon Warner Bros, as according to Daily Beast, the actor has just been issued a new court order connected to a worrying incident involving a 12-year-old Massachusetts native.

According to the report, a mother local to Greenfield, Massachusetts, along with their 12-year-old child, was granted a temporary harassment prevention order against Ezra Miller, on the grounds that the actor behaved in a menacing manner towards them in a downstairs neighbor’s home. They also alleged that Miller acted inappropriately towards the 12-year-old child, who like Miller, identifies as non-binary. The mother, child, and neighbor were present nin at the local Greenfield courthouse to obtain the order and recount the events that should warrant such actions to be taken. Allegedly, the family and neighbor state that Miller wore a bulletproof vest, made threats, shouted obscenities, was in possession of a gun, and repeatedly showered the 12-year-old child with compliments. Daily Beast obtained a quote from the unnamed child, who said that; “It was really uncomfortable. I was really nervous. I was scared to be around them after he’d yelled at my mother and she was crying.”

This latest incident is part of a worrying trend that relates to Ezra Miller’s erratic and somewhat inappropriate behavior. The Direct recalls the numerous incidents and allegations that Ezra Miller has got themselves caught up in over the past year, from two separate arrests under harassment assault charges in Hawaii, to a couple filing a restraining order against the actor after reported death threats were made against the pair. As well as this, The Direct’s report recounts a recent incident in which Ezra Miller is the subject of grooming accusations. Lawyer/activist Chase Iron Eyes and pediatrician Sara Iron Eyes have alleged in legal documents that Ezra Miller has been grooming their child, Tokota Iron Eyes, 18, since the child was 12 years old. Worryingly though, a court judge connected to the legal proceedings has stated that neither Ezra Miller nor Tokota Iron Eyes’ whereabouts are known at present. However, it is known that Ezra Miller’s response to the court hearing has been to post memes on social media and subsequently delete Instagram.

Unsurprisingly, given all of their antics in recent times, many people have been voicing their displeasure that Ezra Miller is still in possession of the coveted lead role for The Flash. Miller has held on to the role ever since 2016’s Batman V Superman: Dawn of Justice and has shot the upcoming DC solo film The Flash as well. Despite the movie being completed and an asset to hit theatres next summer, many fans across the web have been coming up with viable replacements, with one of the top names being Dylan O’Brien, famed for his role in MTV’s Teen Wolf. Star of The CW series The Flash, Grant Gustin is also a highly sought-after Miller replacement. However, there has been no word from Warner Bros on whether Ezra Miller will be removed from the project. The studio will only face more pressure, should the controversies keep barrelling in. 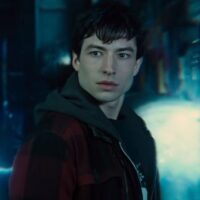 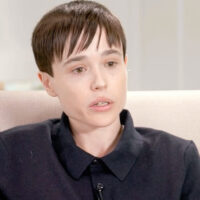 Elliot Page Being Considered To Replace Ezra Miller As The Flash