Jeffrey Epstein may be dead but the case against him and those involved in his alleged sex-trafficking conspiracy continues to build.

The latest is that many of the court documents related to the Jeffrey Epstein case are being unsealed for the first time and offer shocking revelations. The biggest of those is that alleged victim Virginia Giuffre claims former president Bill Clinton, Al and Tipper Gore, Naomi Campbell and Heidi Klum visited Epstein’s private island.

Bill Clinton has long been linked to Epstein and it is already proven that he did indeed fly on Epstein’s plane. But Simpsons creator Matt Groening is also included in the newly unsealed documents, and that’s something of a shock. Groening’s name has never been floated in connection with Jeffrey Epstein before. The claim by the Giuffre is Groening flew on Jeffrey Epstein’s private plane and she that she gave Matt a foot massage. There is no indication that Matt Groening ever visited Epstein’s island or engaged in any inappropriate conduct, however there are more documents to be unsealed..

Til now there’s been no direct evidence at all that Clinton, Groening (or anyone else) actually visited Epstein’s island dubbed “pedophile island” by the media. And despite these revelations, there still isn’t any exactly. All we have now is the account of one witness, a witness who some experts claim has already been proven to be unreliable. Apparently there’s already evidence that Al and Tipper Gore were never on Epstein’s island. When there’s proof that one of the people who the witness claims is there wasn’t, then that has to put all of the witnesses claims into doubt.

You can read the court documents here on the website of the journalist who got them unsealed.

One loosely connected part of the Epstein story involves a lawsuit against Deutsche Bank, in which investors allege the company failed to monitor high-risk customers, including Jeffrey Epstein. A few short days after agreeing to try this case, New Jersey federal Judge Esther Salas was attacked in what sounds like Hollywood movie hitman style at her home. Salas escaped unharmed, but her husband was wounded and her 20-year-old son Daniel Anderl is now dead.

According to various sources the attack was carried out by a man who arrived on their doorstep in a FedEx uniform, carrying a package addressed to Esther Salas. When Daniel Anderl opened the door to receive the package, the man carrying it opened fire. Daniel’s father was directly behind him. The gunman then fled.

A suspect has now been found dead of what authorities believe is a self-inflicted gunshot wound, in Liberty, New York. The deceased individual was discovered with a FedEx package addressed to Salas in his car. It’s unclear at this point if the man actually worked for FedEx or was only disguised as a FedEx employee.

The tweet above is typical of the response to this story, which has fueled a host of conspiracy theories. It’s worth noting, however, that the case was only tangentially connected to Epstein and really not about Epstein or anything going on with his surviving confidante Ghislaine Maxwell.

The Capture Of Ghislaine Maxwell

Ghislaine Maxwell has been on the news radar for awhile but her profile as a vile villain has skyrocketed even higher recently, thanks to her big presence in the newly popular Netflix documentary series Jeffrey Epstein: Filthy Rich. There she is often portrayed as the real power behind Epstein’s schemes and is accused of luring in dozens and dozens of unsuspecting girls and women to be preyed upon by Epstein.

The FBI, who had been tracking Ghislaine Maxwell’s movements for quite some time, swooped in early this morning on charges of sexual abuse to minors and she is expected to appear in federal court later in the day. The arrest comes via a Manhattan federal court six-count indictment which alleges Maxwell helped Jeffrey Epstein groom girls, some as young as 14 years old, going as far back as 1994.

In a news conference regarding the indictment, acting Manhattan U.S. Attorney Audrey Strauss said, “This case against Ghislaine Maxwell is the prequel to the earlier case we brought against Jeffrey Epstein.” According to the indictment, the charges leveled against Maxwell not only include Maxwell helping Epstein groom the underage girls for sex with Epstein’s rich and powerful friends, but it also says that “In some instances, Maxwell was present for and participated in the sexual abuse of minor victims.” The indictment also included, “In particular, from at least in or about 1994, up to and including at least in or about 1997, Maxwell assisted, facilitated, and contributed to Jeffrey Epstein’s abuse of minor girls by, among other things, helping Epstein to recruit, groom, and ultimately abuse victims known to Maxwell and Epstein to be under the age of 18.”

Ghislaine Maxwell was at first the girlfriend of Epstein, she later turned into his confidante and business partner, and is now accused of helping Epstein exploit dozens of underage girls in both Florida and New York back in the early 2000s. According to Strauss, “Maxwell lied because the truth, as alleged, was almost unspeakable.”

While Epstein never admitted that Ghislaine Maxwell helped him at any point in time, she remained on the FBI radar. In fact, the day before Epstein’s alleged suicide, a federal appeals court released a 2016 deposition transcript where Jeffrey Epstein refused many times to give up Maxwell as an accomplice. Now, Maxwell also faces multiple counts of perjury coming from her alleged lying in her own deposition concerning Epstein’s sexual activities.

William Sweeney, FBI’s assistant director-in-charge in New York was also present at the conference and said, “Today we announce the arrest of one of the villains in this investigation.” He also added that before they were able to catch up to Ghislaine Maxwell that she had “slithered away to a gorgeous property to New Hampshire.”

Ghislaine Maxwell’s arrest caused calls for justice, one coming from Nebraska Senator Ben Sasse. “Epstein got a crooked, sweetheart deal years ago that protected his coconspirators, like Maxwell. Maxwell has been on the run for months because she too hoped to escape justice. We can’t let that happen again — her victims deserve their day in court,” read Sasse’s statement.

Ghislaine Maxwell isn’t the only one that the FBI, as well as Sasse, had, and still has, eyes on. Sasse has been aggressively pushing for an investigation by the Justice Department into the deal, described by many as a sweetheart deal, that handed immunity to Epstein and a few others from the 2007 federal charges. Alex Acosta, the then Miami U.S. Attorney, was involved in negotiating the sweet deal. 12 years later he resigned as Labor Secretary because the criticism of the arrangement was too much.

The sexual abuse case against Epstein wasn’t just a U.S. thing, it also reached across the pond. As in British royalty. Prince Andrew has been linked to Epstein and has since been forced to give up his royal duties. The Feds have been trying to speak to him for months on end about his alleged friendship with Epstein and the allegations that he was involved with the sexual abuse but to no avail. “We would welcome Prince Andrew coming in to talk with us,” Strauss said at the news conference. “We would like to have the benefit of his statement.”

Look for more chips to fall. You can follow this link to the entire indictment against Ghislaine Maxwell. 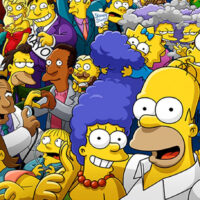