Recent text messages from Elon Musk stated he doesn't want to buy Twitter because he believed WWIII would start soon.

Trying to get into the mind of entrepreneur Elon Musk may be a fool’s errand for most, as the man tends to be wild with accusations and hyperbolic with his sense of business acumen. The founder of Tesla and SpaceX is well-known for his social media antics and his pleas for better roads and innovation. Made a billionaire after founding and selling PayPal, Musk has set his sights on space exploration and electric vehicles to become the wealthiest man in the world. His recent offer to buy Twitter was met with much controversy and criticism, but his decision to pull out of the deal has introduced legal troubles for Musk as well as new lawsuits. Recently, new text messages have surfaced that elude to the fact that Elon Musk chose not to acquire Twitter because he thought World War III would be coming soon.

According to a report by The Byte, Elon Musk’s texts that were revealed during his current pre-trial with Twitter suggest that he was worried about World War III happening, so the deal with Twitter should be called off. While texting with one of his Morgan Stanley lenders last May, Musk remarked that “It won’t make sense to buy Twitter if we’re heading into World War III,” a quote possibly taken out of context concerning a speech that Vladimir Putin was giving at the time. Because Musk’s lawyer is pushing for the out-of-context approach, he has asked the judge in the case to let Musk’s legal team provide the entire text exchange between the former Saturday Night Live host and his lender to be filed on the docket sometime next week.

The current trial that Elon Musk has found himself in has to do with his choice to not buy Twitter for $44 billion, even though the deal was nearly complete earlier this year. It was surprising to many that the investor wanted to purchase the social media giant, primarily because he has been known to tweet often absurd remarks towards Twitter’s executive and former CEO, Jack Dorsey. It appears that Musk’s latest comments revealed via text messages may make him seem like he is throwing everything but the kitchen sink at the failed negotiations while his lawyers attempt to dismiss the case altogether before it even starts.

Recently, Elon Musk and his lawyers tried a new tactic to throw out the case against him by Twitter, referencing the fact that a whistleblower named Peiter Zatko has come forward to highlight some of the security and privacy issues that Twitter still has as part of its platform. Musk had argued that because of these global security concerns, he was reluctant to acquire the social media platform and pulled out before he got invested too much. Zatko had let executives at Twitter know about these concerns. Still, nothing ever changed, so he filed a complaint with the Securities and Exchange Commission, Department of Justice, and the Federal Trade Commission. The Twitter trial is set to start next month, and it looks like Musk is doing what he can to ensure the trial never goes ahead as planned. 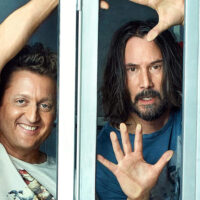 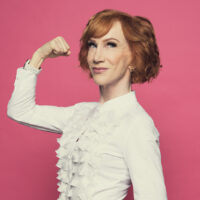