Elizabeth Hurley is the age-defying woman of beauty who is just the gift that keeps on giving. She is never one to shy from sharing a stunning Instagram post, be it in a fiery bikini or beautiful dress. Her latest post was to celebrate the end of her hiatus from going to and fro in the public. The British Actress, model, activist and entrepreneur has been staying behind closed doors as she has been recovering from an ankle injury.

The post, which you can see below shows Elizabeth Hurley posing at home in a beautiful pink dress. The actress ‘shopped it from her closet’ and the number is a 2009 dress from Italian Fashion designer Roberto Cavalli. Both the dress and Hurley herself show no signs of time affecting beauty. The stunning shot is captioned with ‘I finally left the house.’

The ankle injury that caused Elizabeth Hurley’s homebound tenure was sustained on a film shoot in the Caribbean late last year. The film is dubbed Christmas in the Caribbean. Hurley stars in the lead role of a jilted bride who was left at the altar and throws caution to the wind, heading to her Honeymoon destination of the Caribbean with her bridesmaids in tow. On her trip, Hurley’s character encounters love and life decisions in this romantic comedy produced by MSR Media’s Philippe Martinez and Highfield Grange Studios’ Alan Latham. Martinez also serves as the film’s director. Christmas in the Caribbean is just one of several features that MSR Media has shot in the Caribbean nation of St Kitts and Nevis in what is a multi-picture deal set between studio and nation.

The ankle injury sustained by Elizabeth Hurley on the set of Christmas in the Caribbean was most definitely a substantial one. Before Hurley went housebound, the Daily Mail reported on Hurley going about her business in a stylish outfit coupled with a moon boot. The moon boot is a medically issued item, essentially large boot-shaped support to be worn by people recovering from a significant leg or foot injury. The injury may have slowed Hurley down physically, but her social media content showed no signs of doing the same. Despite the injury, the star shared a spicy snap commenting on her injury. You can see the post below.

Hurley since followed up this post with more snaps from her extensive back catalogue of stunning photos. It’s no surprise that Elizabeth Hurley kept up her habit of posting bikini-clad pics, as the actress has her own swimwear brand to promote. However, now that Hurley’s ankle has fully healed, fans can expect her social media content train to pick up speed and the beautiful snaps to keep on coming. Promoting body positivity on social media is just one of many things Hurley keeps on her plate. Along with her swimwear brand and acting career, Elizabeth Hurley has been a consistent ambassador for Breast Cancer awareness. Hurley is a major ambassador for The Estée Lauder Companies’ Breast Cancer Campaign. It’s just as well Hurley’s ankle is on the mend, as the actress, model and entrepreneur has more than enough roles to keep her time occupied. 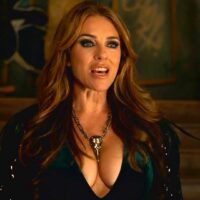 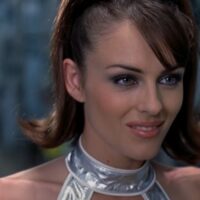