Eiza Gonzalez has a couple of high-profile projects in the works right now with a series and a movie coming out next year that are sure to garner significant attention. But before that happens, she took some time to post on Instagram, putting up a picture that is sure to turn some heads. It is her posing over a beautiful landscape with a stunning rainbow in the background.

The Mexican actress didn’t say where she was standing at the time of the shot, but that is likely beside the point. Eiza Gonzalez was able to capture something gorgeous in the moment and snapped off a picture. Check out what she posted on Instagram over the weekend.

Eiza Gonzalez has been gaining popularity over the last few years, joining a huge franchise and signing on to do some projects with other big names in the industry. Her breakout role came in From Dusk Till Dawn: The Series which aired on Netflix for three seasons. She took over the role of Santanico Pandemonium, the role made famous by Salma Hayek’s dancing in the original movie. Considering the turn Hayek took in that original movie, Gonzalez had some big shoes to fill in the backstory about the character but did so without missing a beat.

Eiza Gonzalez also had a role in Baby Driver as Monica, playing John Hamm’s wife who ends up having a showdown with Ansel Elgort’s titular Baby before it was all said and done. And of course, she had a role in the Fast & Furious franchise as Madame M for the Hobbs & Shaw installment. In this ridiculous world of thievery and high-speed chases, she played a former girlfriend of Jason Statham’s Deckard Shaw.

But the best might be yet to come for Eiza Gonzalez. Next year she will have Ambulance come out. That is from Michael Bay and could be a high-octane film from start to finish. It involves two guys who steal an ambulance after a robbery goes wrong. Gonzalez will share the screen with Yahya Abdul-Mateen II and Jake Gyllenhaal, among others. There is some chance this whole movie takes place within the titular vehicle with Eiza Gonzalez playing the original ambulance driver who is taken hostage by the two thieves. It is based on the 2005 Danish film of the same name.

And then there is The Three-Body Problem which will be coming soon Netflix. This is being adapted from the novel of the same name with Game of Thrones creators and showrunners David Benioff and D.B. Weiss in the lead there. It is currently in pre-production and could be an expansive story considering the source material. In the science-fictor book, the world is under attack from another star system, but on the ground, there is also a mystery to solve. It is unclear what role Eiza Gonzalez will have in the film.

In the meantime, it looks like Eiza Gonzalez is content soaking up the rays and catching a rainbow in the background. The timing on the Instagram photo was perfect. 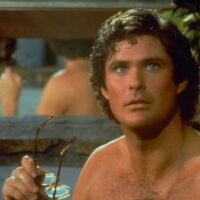 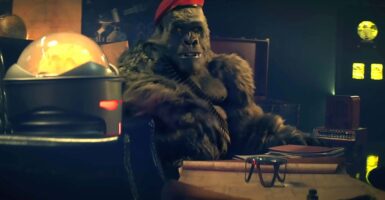