Eddie Izzard Comes Out As Gender Fluid, Will Use Female Pronouns

Actress and comedian Eddie Izzard has announced that she will be using “she” and “her” pronouns from now on, stating that she wants “to be based in girl mode from now on.”

Eddie Izzard made the announcement during her appearance on the Portrait Artist Of The Year series on Sky Arts, a competition series that tasks artists with crafting portraits of three different famous people. While guesting on the show, Izzard said, “I try to do things that I think are interesting. This is the first program I’ve asked if I can be ‘she’ and ‘her’ – this is a little transition period.”

For years, Eddie Izzard has been known for wearing makeup and what is often seen as women’s clothing. Izzard has said that previously that she identifies as trans and had fought for LGTBQ+ issues. Izzard has also said in the past that she feels like “a complete boy plus half a girl,” and said that she is “a lesbian trapped in a man’s body.” Eddie Izzard recently shared her support for Elliot Page’s decision to come out as transgender, saying on her Twitter, “Good for him.”

Eddie Izzard has had a tremendous career so far, as an actress, comedian, and writer. Izzard has appeared in such films as Ocean’s Twelve and Ocean’s Thirteen, Velvet Goldmine, and Mystery Men. Just this year, Izzard appeared in The High Note with Dakota Johnson and Tracee Ellis Ross, and Six Minutes to Midnight, which Izzard also wrote and executive produced.

Eddie Izzard has also had quite a successful history on television, starring in the FX series The Riches with Minnie Driver, and with guest roles arcs on shows like United States of Tara, Hannibal, and The Good Wife. Recently, Izzard did voices for The Dark Crystal: Age of Resistance, and Green Eggs and Ham.

But Eddie Izzard is probably best known for her standup. Izzard won a Primetime Emmy Award for Individual Performance in a Variety or Music Program for the comedy special Dress to Kill from 2000. Izzard has released ten comedy albums, put out her 2017 book Believe Me: A Memoir of Love, Death and Jazz Chickens, and appeared in several shows on the stage.

With celebrities like Eddie Izzard and Elliot Page making such announcements recently, it’s a strong move forward to encourage others to live their lives the way they want. Izzard’s announcement received a massive wave of support from such places as varied as the Human Rights Campaign and from wrestler The Iron Sheik. Izzard has never hidden who she was, but it’s great that she can now feel free to be even more open about her true self. 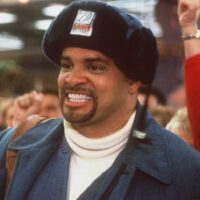 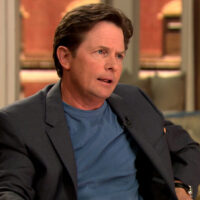