Dwayne Johnson seems like he can do anything if he puts his mind, and muscles to it. The guy has gone from the top of the wrestling world, taking America by storm in the ring and parlayed it into one of the most successful acting careers out there. He clearly knows how to command an audience, work a room and appeal to a large cross-section of people. Sound like that set of talents might extend beyond just playing a character on the screen? You bet. And it’s why there is some data out there suggesting Johnson could run for President of the United States. And if he did so, he might actually win. That’s what a new study from Pipslay throws out there. President Dwayne “The Rock” Johnson. I like the sound of that.

The Pipslay study and poll, which admittedly cherry picks a little of the data here, suggests that more than half, or 58% of voters would support a Dwayne Johnson bid for the U.S. Presidency. In the survey, he was combined with fellow actor and possible political newcomer Matthew McConaughey to gauge the climate around people supporting Hollywood types for political positions. When the two were combined together in terms of voter interest, the number skirted up and over 50%. It wasn’t quite there for Johnson alone, but there was still considerable interest.

The study around Dwayne Johnson making a bid to become President isn’t completely out of left field either. The actor has said before that entering the political realm has been on his radar of late and that he would throw his name in the proverbial ring if the people wanted him to do so. That’s a moving goalpost of course, considering one not need reach critical mass of voters before putting a name on the ballot. But it does speak to the idea that he is considering it as something that might interest him in a post-Hollywood life.

And Dwayne Johnson isn’t the only A-lister who might have some political aspirations these days. It seems as if the aforementioned McCounaghey also could be vying for something that would put him in a big chair. That one didn’t have the same national level of prominence though. In those rumors it was looking like McConaughey might have some interest in more of a local flavor with the possibility of the Texas governorship being something he was considering in the future.

It isn’t a new thing for celebrities to set their sights on political seats, especially later in their career. Heck, we just got off a run with a reality television star getting four years in the White House on the back of his overwhelming popularity. So there is at least some short-term precedent for the practice. Ronald Reagan was also a former actor-turned-President. And Arnold Schwarzenegger parlayed his muscles and Terminator-like approach to a stint as the Governor of California. So we have been here before with this stuff.

Next up for Dwayne Johnson won’t be a political appointment, at least not right away. He’s set to star in DC’s Black Adam which will put the actor in his first comic book movie, superhero role. Before that, he’ll be starring with Ryan Reynolds and Gal Gadot in Netflix’s Red Notice and will also come out with Jungle Cruise. So for now, the Presidency will have to wait. 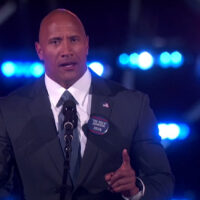 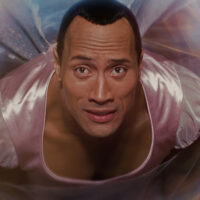