Before Dwayne Johnson became a massive film star, he was known as “the most electrifying man in sports entertainment.” otherwise known as The Rock. The man became a professional wrestling superstar during his tenure in the sport. It has now been stated that his daughter is going to be following in her father’s footsteps. Johnson’s daughter, Simone Johnson, has taken a huge step in her own wrestling career. She has now selected her professional wrestling name, Ava Raine, which has led to fans bashing her online.

One fan took the easy shot in calling her The Pebble, which isn’t at all clever. This warranted a response from the professional wrestler as she responded with her own response to the joke. Not sure this fan knows that Dwayne Johnson is her father. That is not someone to mess with.

Another fan decided to point out the fact that Dwayne Johnson was called The Rock, which means that Simone must choose a similar name to that. That is a bit ridiculous considering Johnson first debuted as Rocky Mavia which was in honor of his father and grandfather, who both wrestled. Rocky Johnson was his father’s name, and “High Chief” Peter Mavia was his grandfather’s wrestling name. She can call herself whatever she likes.

Dwayne Johnson went by The Rock. His father was Rocky Johnson, this argument is a tad bit confusing, to say the least. Ava Raine is a fine name and Simone is carrying on the legacy of her family by wrestling. Leave it at that.

Another Twitter user is kind of demanding that Simone changes her name to emulate Dwayne Johnson in some way, but this person like most of these people probably doesn’t realize how proud he is of his daughter wrestling period. They better be careful before she puts them in a chokehold.

Apparently, some people also think they are doctors on Twitter. The internet is a weird place. Dwayne Johnson might want to injure some folks if they keep bad-mouthing his daughter. He is a massive human being after all.

Dwayne Johnson might have to speak to his daughter and tell her about how to ignore the haters of this world, especially those with social media accounts. There will always be people that will attempt to belittle any sort of achievement you get. The idea is just to ignore them and move on with your life. Ava Raine sounds fine, and she worked her way into becoming a professional wrestler, which is something that most people cannot and never will say. Simone is carrying on as the 4th generation of the family to enter the ring. That is impressive.

Dwayne Johnson can be proud to know that his daughter is continuing the family wrestling legacy. She might even end up becoming a movie star down the road at some point too. All she needs to do is keep her head up and not buy into the internet trolls. That is going to be a rampant thing in her career no matter what she does. Just keep on doing your thing, Ava Raine.

See Dwayne Johnson Give His Mom The Best Kind Of Surprise

Who Is Henry Cavill’s Girlfriend? 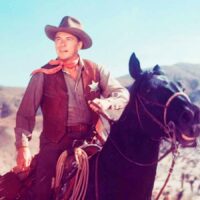