Six books from Dr. Seuss will no longer be published. The company that controls the late author’s legacy have pulled the children’s books from their catalog after months of review, determining that they contain racist imagery which is no longer in line with the Dr. Seuss brand.

Dr. Seuss published 45 books, so the catalog is still considerable. While there is quite a bit of criticism for racial themes in The Cat In the Hat, they’re going to continue publication of one of their most popular titles. For now. The books they’re pulling are some of the less popular in their catalog, so you may be less familiar with them. They include And to Think That I Saw It on Mulberry Street, If I Ran the Zoo, McElligot’s Pool, On Beyond Zebra!, Scrambled Eggs Super!, and The Cat’s Quizzer.

Dr. Seuss Enterprises, the company controlling the author’s legacy, had the following to say about their decision: “Ceasing sales of these books is only part of our commitment and our broader plan to ensure Dr. Seuss Enterprises’ catalog represents and supports all communities and families.”

Naturally, as soon as it was announced that the six books would no longer be published, prices skyrocketed on eBay. Little-known Dr. Seuss books that were previously a couple of dollars went for several hundred dollars in the end.

After the announcement from Dr. Seuss Enterprises went public, Twitter users began discussing the author and whether or not he was racist. While the writer was most well-known for his books, he also did cartoons. Early on, many of these cartoons were racist propaganda showing Black and Asian people. A lot of these cartoons showed them with animals. Other people on social media posted some of his later work, which made fun of racists. While that may speak to how the author evolved over time, it doesn’t change the work itself.

Comparisons between minorities and animals has long been a favored racist trope. This has been particularly true for Black people. This has actually been an issue that goes back hundreds of years. Because children’s books so often feature animals, it comes up in children’s picture books a lot today. It’s no surprise then that this was a problematic theme found in the Dr. Seuss comics and then in his books.

One of the pulled titles, If I Ran the Zoo, followed a boy getting to imagine his own zoo. The zoo is full of fictional animals in the Seuss style. On one page, there is a “Tufted Mazurka”, which is Dr. Seuss’s fantastical bird creation, sitting on a pole. The pole is held up by two caricatures of African men. The image immediately stands out as racist for adults today but was likely considered typical at the time of publication in 1950.

Banning the books may help preserve the legacy of Dr. Seuss. It may curb conversation about whether the author himself was racist. And that is likely of great interest to Dr. Seuss Enterprises and inspires them to stop publishing the six books in question. However, that’s not the bigger issue for most educators and librarians wanting the titles banned from their shelves. The issue at the moment for educators is what titles are beneficial to the children they’re handing the books to.

While the best Dr. Seuss Enterprises can do is cut the titles from their catalog that some feel are racist, educators are putting more focus on adding titles that are anti-racism. If you’re concerned about where that leaves Dr. Seuss, you don’t need to worry. Even with the six books gone, his catalog remains on shelves everywhere. In 2020, Dr. Seuss Enterprises earned $33 million in new sales. 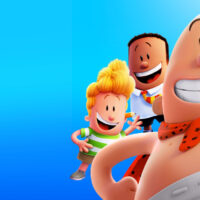 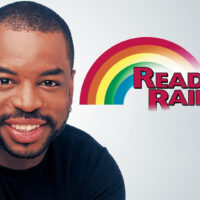 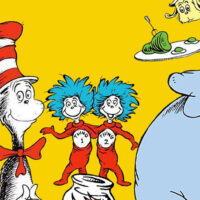 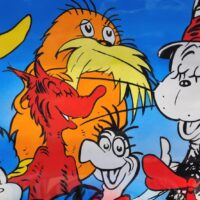