Dr. Oz Just Saved A Man’s Life In An Airport

Dr. Oz is known mostly for dispensing out reality-television like medical advice these days. Though he has the MD part to his name, I’m not sure how many people picture an actual, in-the-hospital doctor working when they hear his name. But recently, he did get into the medical mix of things when he actually saved a man’s life at the airport. Dr. Oz put in work and actually brought a man back from the brink.

The situation went down at Newark Airport in New Jersey where Dr. Oz was just landing from a flight. While in the baggage area, another traveler collapsed face down. The good doctor was on the scene and performed CPR on the man while also giving him a jolt from a defibrillator as well. The quick-thinking and rapid action moves by Oz helped the man actually recover. In the end, the man was taken away by an ambulance and lived. Frankly, in this day and age, it’s almost shocking that there wasn’t a video that captured the event. But Oz pulled some doctor hero moves and clearly saved the man’s life.

Dr. Oz took to Twitter to address the situation and describe the moves he made to help the distressed man. Quick to take a minor victory lap, he also did make sure to remind folks of the upside of being trained in basic life-saving

Dr. Mehmet Oz is now an entertainment personality who doles out medical advice on his program The Dr. Oz Show. It’s some daytime talk show fare and runs similar to the program he got his start on, The Oprah Winfrey Show. He brings on guests and they talk about various medical issues while he also gives advice on how to best solve some situations. The program has been on the air since 2009 and is currently in its 12th season. It’s also been picked up for seasons 13 and 14 already on the back of consistently good ratings for its time slot.

Dr. Oz has been up for numerous Daytime Emmy Awards in the category of Outstanding Talk Show. He has taken home the award numerous times for the program as a whole, as well as his specific role as host. Though not without its controversy over the years, his program has been accused of delving out pseudoscience remedies and actions rather than information from actual studies. He was even said to have influenced some of the Covid-19 response from the previous administration. But this is daytime talk, what are we really expecting here?

In a day and age when television personalities can sometimes inflate their credentials or make it seem as if they know more than is actual reality, it is good to see that Dr. Oz was able to still fall back on his medical training. Saving a man’s life in a crisis emergency situation is no joke and not something to be taken lightly. It’s very likely that had Dr. Oz not been there, the situation could have had a very different ending. 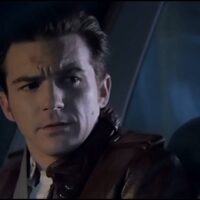 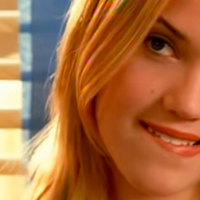