Did you ever wonder how amazing you have to be to totally rock a tinfoil dress? Wondering why we cropped up such a bizarre question? Well, actress-singer Dove Cameron recently stepped out in a golden ensemble and for a second, people were struck by the uncanny similarity the dress’ texture shares with that of tinfoil. This was of course followed by the awed realization that the Agents of S.H.I.E.L.D. star can look like a million bucks in anything, even tinfoil!

The dress in question was a Dundas golden bustier top and skirt set that Dove Cameron paired with amazing perfection for attending a launch party for Cartier’s latest jewelry collections in Los Angeles. In fact, the actress was a vision in gold from head to toe- whether it was the golden hair tie, ankle-strap heels, golden eye make-up, as well as a gold necklace and two rings, which came from the recently launched Clash de Cartier collection.

Recently it became public knowledge that Dove Cameron identifies as queer after she appeared on the cover of Gay Times magazine, even though she had established her sexual identity years ago. The actress was of the opinion that people were already aware that she had come out, has shared in a chat with The Talk that she was “in shock” by her fans’ surprised reactions and wasn’t aware that coming out in a public manner was necessary to ensure everyone knew about it. But Dove Cameron admits that while being who she is, comes naturally to her, the majorly positive reactions of her fans after the Gay Times cover “hit in a much bigger way.” The Liv & Maddie star has revealed while it took her time to adapt to the sudden attention, the positive feedback has been “really lovely” as people have only been kind and supportive to her, thus making her life “richer.”

But Dove Cameron didn’t always get this positive response. It is known that Cameron’s career got the necessary boost when she starred as Liv and Maddie Rooney in the Disney Channel series, Liv & Maddie. While even then, at the young age of 15, the actress understood her bisexuality, the industry was not ready to embrace it. In a recent chat with Refinery29, she shared that when she began her career, Hollywood had an abundance of “performative femininity happening.” And thus, even though she wasn’t forced to suppress her sexual identity, it was expected of her to exhibit herself in a way that makes space for “male validation.”

On the work front, Dove Cameron was recently seen as Betsy McDonough in the musical comedy series, Schmigadoon!, on Apple TV+, created by Cinco Paul and Ken Daurio. Cameron will next appear on the animated special, Descendants: The Royal Wedding, wherein she will reprise her character of Mal. She has also joined the cast of the upcoming CW series The Powerpuff Girls as Bubbles. She is also reuniting with her Liv and Maddie co-star Jordan Fisher in the upcoming film Field Notes on Love 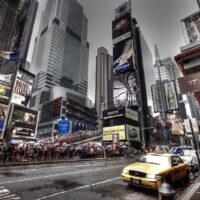 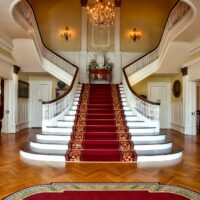