In Dove Cameron's latest Instagram post, the sexy actress shows off a number of cutting edge outfits, including a form-fitting gold mini-skirt.

Dove Cameron’s acting career hasn’t aged enough to get her all the accolades she may be destined for, but on Instagram the star of Apple TV+‘s Schmigadoon! has over 48 million followers. Her latest post makes it clear at least part of how the former Disney Channel star has attracted such a massive online fanbase. Previewing shots from her cover story in the December 2022 issue of Vogue Greece–which you can see below–Cameron shows off a number of sexy outfits including one in a skintight gold mini-skirt.

The mini-skirt outfit is the second image in the reel, preceded by Dove Cameron in a gorgeous, form-fitting gown. With an interesting rust-and-silver coloring, the mini-skirt has a serpentine quality, suggesting a snake shedding its skin. It’s followed by a black-and-white photo of Cameron in a wrap and wide-brimmed hat, with no way to tell if she’s wearing anything underneath.

All of the pieces Dove Cameron models in the photos were created by French designer Olivier Rousteing, who shares the cover with actress. According to Footwear News, Rousteing’s appearance in the magazine alongside Cameron is his fashion line Balmian’s latest “bold moment” on the scene.

Regardless of Balmian’s performance, Dove Cameron seems to be enjoying her own emerging moment. She ended last weekend much more explosively than the rest of us, performing her hit single “Boyfriend” at the American Music Awards. She was there to receive her first honor from the annual ceremony–the 2022 award for New Artist of the Year.

While Dove Cameron may be a new face to older fans, for many in Gen Z the actress and singer has grown up right alongside them. She starred as the titular lead characters in the Disney Channel comedy Liv and Maddie, but became much more well known as Mal–daughter to Maleficent of Sleeping Beauty fame–in the studio’s musical fantasy Descendants films. Her last live-action appearance as the character was in 2019’s Descendants 3, though she also voiced her signature character for the animated projects like 2021’s Wicked Woods: A Descendants Halloween Story.

She apparently won’t be returning for Descendants 4, and in the meantime Dove Cameron is making her mark in TV series and films with more adult appeal. She’s one of the more visible stars of Schmigadoon!, in which she plays the flirty farmer’s daughter Betsy. 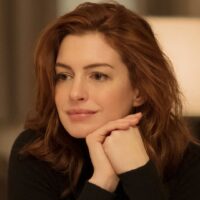 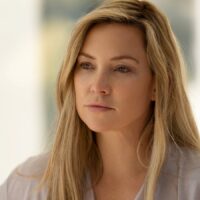