Dove Cameron has been making a name for herself in recent years, as her many roles in television and films have certainly increased. Now, the actress decided to treat fans to a picture that is worth a thousand words. The actress recently took to her Instagram to show off a red corset that is shaped like a heart and shows off the woman’s upper body in spectacular fashion. You can see the image below:

The actress currently boasts a massive 46.7 million followers count on her Instagram, and the above picture went wild with exposure. Since the photo was posted, a staggering 2.7 million likes have come in, with an additional over 5,000 comments ushering in nothing but flabbergasted fans speaking on how amazing Dove Cameron looks in this red corset. We agree, she looks spectacular. Plenty of celebrities chimed in with their love for the actress’s outfit, which includes Bella Thorne and Charli Howard. Cameron’s caption is chock full of emojis. The symbols are broken hearts, aliens, and a coffee cup. We don’t quite know what any of that means, but it could mean that she just looks out of this world.

Dove Cameron is set to appear alongside fellow beauty Megan Fox, in the comedy called Good Mourning. This comedy also stars Fox’s fiance, Machine Gun Kelly, and looks to be every part ridiculous and funny. Cameron rose to fame when she was on the Disney Channel hit show, Liv and Maddie. She would then go on to have a recurring role in Agents of S.H.I.E.L.D. She was also a mainstay actress on Descendents, which is a Disney show that revolved around the children of famous Disney villains. Cameron portrayed Mal, the daughter of Maleficent, the sorceress from Sleeping Beauty, who would then get a reboot story that starred Angelina Jolie.

Though her roles were that of appearing on more family-friendly ventures throughout the years, Dove Cameron has been working her way up to bigger opportunities. Her two starring films are that of the underground Issac, which is a psychological thriller, set to premiere sometime this year. She will also star in the B.J. Novak thriller, Vengeance. On top of her upcoming films, the actress is also playing one of the main parts in the upcoming Powerpuff Girls live-action reboot. She is set to take on the role of fan-favorite, Bubbles Utonium. The show has been mired with setbacks, but hopefully, it can come to fruition soon.

Dove Cameron is only 26 years old, and she has already achieved much in her 10-year career. She is clearly enjoying her success, as she has garnered a massive following on her social media pages. She also happens to be a successful singer as well. It seems that her career has been taking off for some time, with more high-profile roles going to start pouring in for the actress. Also, the Powerpuff series can be huge, once it gets off the ground. Look out for that, her upcoming film roles, and more pics on her Instagram that show off this beauty. 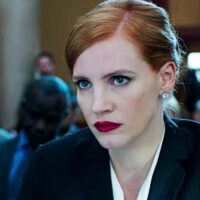