For almost 67 years, Disneyland has lived up to its motto of being the Happiest Place on Earth. With expansions of new Star Wars franchise rides and Marvel attractions, the park owned by The Walt Disney Company attracts visitors from around the globe each year to be a part of the magic. But not everybody is a fan these days of Disneyland as it seems that the social media accounts for the park were hacked recently, providing offensive messages that were deemed cruel and unlike anything Disney would ever post.

According to a report by Deadline, an onslaught of attacks in the form of hacked posts was displayed on Disneyland’s official social media accounts on June 7, 2022. Many of these posts were racist in nature, including various slurs against LGBTQ+ and Black people. These messages were posted to Disneyland’s Facebook and Instagram accounts, and the theme park quickly resolved the matter by jumping on and removing the posts. Unfortunately, some users could capture the messages before they were taken down by the company, resulting in some unnecessary attention focused on the House of Mouse. Disneyland posted their own message stating that they would be opening up an investigation into the matter, and they felt the hacked posts were “reprehensible,” to say the least.

UPDATE: In a statement, Disneyland calls the hacked posts that appeared on its social media accounts this morning “reprehensible” and says its security teams are conducting an investigation. pic.twitter.com/23whdqe7Ry

But all is not lost as the Disneyland hacker has been identified. The New York Post reported that the hacker introduced himself as David Do, a self-described super-hacker who posted at least four messages to the accounts before they were taken down. In an apparent justification for his motives, Do chose to cite revenge against anyone on the Disney staff who made fun of him “for having a small penis.” He also posted a picture of himself and ensured that Disney employees understood that his actions resulted from being mocked, something he is now tired of. There has been no word of which Disneyland staff members the hacker was specifically targeting or whether such an event, in fact, took place.

David Do didn’t seem to hack Disneyland’s other social media accounts, including Twitter. However, the damage appears to have been done to many of Disneyland’s 8.4 million followers on Instagram and its 17.2 million followers on Facebook. The hack was accomplished explicitly on Disney’s California accounts, while Disney World in Florida and other international properties seemed unharmed. As Venture Beat notes, this may end up being a PR nightmare for The Walt Disney Company as they investigate how Do could have mastered this hack, especially as the company is celebrating the release of Thor: Love and Thunder this week. Apparently, local Anaheim police and the Federal Bureau of Investigation were not aware of the hack. Reports have not been confirmed that security has increased to help prevent a future attack from occurring anytime soon from Do or any other hacker. 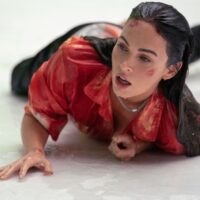