If folks out there were trying to cancel guys like Dave Chappelle and Joe Rogan, it isn’t exactly working. Though the two have, at times, been lightning rods of criticism for their outspoken, and often comedic takes on things, getting them canceled isn’t likely to ever really happen. Recently, the two got together to “prove” that their brands were incredibly strong and to talk about some recent headlines the two have been involved in. Dave Chappelle and Joe Rogan played to a sold-out theater in New Orleans and discussed some of the topics du jour, including Chappelle’s most recent run through the cancellation ringer.

According to Nola.com, Dave Chappelle, Joe Rogan, and some other comedians sold out the Smoothie King Center in New Orleans, a 17,000+ set venue. The Dave Chappelle and Joe Rogan show had been announced all the way back in July, and originally planned for August. But they had to cancel that original performance date because Rogan contracted Covid-19. It finally went down on Friday and the two comedians were joined by others like Jeff Ross, and Tom Segura who contributed pieces to the show.

During the show, Dave Chappelle made references to his most recent run through the news and some of the backlash he’s faced for his Netflix special The Closer. During the special, Chappelle spoke at length about his views on the transgender community and specifically how his specials in the past have put him in the crosshairs over opinions he’s shared. Netflix airing the special has led to some fallout for the streamer who has had employees publicly denounce Chappelle, walk out of work and some are now filing a labor charge against the company.

Dave Chappelle has been obviously affected by the recent media run following his special. Though he’s joked that, “If this is being canceled, I love it,” he also mentioned during the New Orleans show that it was a tough period for him, or, as he put it, “The worst three weeks of my life.” It would appear something of a rollercoaster for the comedian in the wake of The Closer and though he’s been controversial in the past, it’s unlikely he expected this kind of backlash.

Meanwhile, Joe Rogan and his run through the cancel timeline isn’t as fresh as Dave Chappelle’s but the former was dragged by some media outlets this past summer after contracting Covid-19. The popular podcaster had shared some of the treatments doctors put him on to deal with the virus, and one, ivermectin, caught the attention of certain media outlets. Joe Rogan later made mention of possibly suing CNN for their coverage of his treatments.

These days, for some, cancellation is tougher than it seems. It isn’t likely to happen anytime soon to guys like Dave Chappelle or Joe Rogan, dudes with massive followings and immense talent for entertaining people. Both pretty much know that to be the case and say as much. During the show, Rogan even took time to reassure people and set the record straight by saying, “…relax. These are just jokes.” 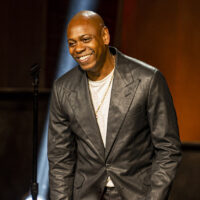 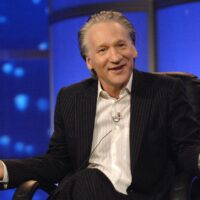 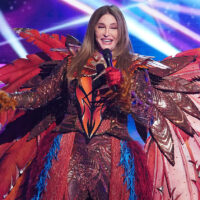