Harry Potter and the Sorcerer’s Stone introduced a global audience to a young Daniel Radcliffe as Harry Potter himself. After the popularity of the books, the movies were expected to be a success. Still, it would have been hard for anyone to believe that twenty years later, the story would still be as popular as it is. The actor has previously shared how he’s struggled with the fame over the years, even if he is always game to talk about his love for the franchise.

Considering that Daniel Radcliffe seems friendly with fans, he would appear to be the perfect actor to be active on social media, and yet he isn’t. Is that because of his struggles with fame? Controversies he’s witnessed his colleagues go through? For a long time, no one knew the answers. Eventually, Daniel Radcliffe shared his views on Twitter, Instagram, and why he has chosen to stay away.

In November 2020, he explained via First We Feast’s Hot Ones that Daniel Radcliffe stays away from Twitter for multiple reasons, though he claims that none of them are “intellectual” or “well thought out”. Daniel Radcliffe has considered getting a Twitter. However, he said, “I 100 percent know that if I did, you all would be waking up to stories of like, ‘Dan Radcliffe gets into fight with random person on Twitter.”

He explained that in his younger years, he would look up what people said about him online. Of course, there is no shortage of commentary about Daniel Radcliffe on Twitter or other social media sites. He said that looking up what people had to say about him was an “insane and bad thing to do.”

The internet was full of people trash-talking him, and reading that kind of commentary about himself wasn’t something he could handle. He went on to say that, “To me, like Twitter and everything just sort of feels like an extension of that. Unless I’m going to go on to just read all nice things about myself, which also feels like another kind of unhealthy thing to do.”

In the end, it sounds like Daniel Radcliffe stays away from Twitter for his mental health and as a way to protect his career. If he were to start posting terrible things, he wouldn’t be as well-liked by his fans as he is. It also sounds like reading everything that people have to say about him might make him more resentful of his fame. He seems kind, thoughtful, and well-adjusted to fame in his interviews. That may be, in part, because of how he’s learned to stay off social media and other places where he’d be hit by too much commentary.

Is there any hope of Daniel Radcliffe ever getting on Twitter or other social media? Possibly. He went on to say, “Other than that, I don’t honestly think I’m mentally strong enough, but right now I think I’m all right with that.” This could mean that, someday, we will see Daniel Radcliffe get on social media. It doesn’t sound like he’s ruling it out. However, for now, if you see an account claiming to be the actor’s, don’t believe it.

UNLIKE OTHER HARRY POTTER STARS, DANIEL RADCLIFFE DOESN’T USE INSTAGRAM

Daniel Radcliffe avoids Twitter, and he isn’t the only Harry Potter star to do so. Of the three main characters in the franchise, Rupert Grint (Ron Weasley) only signed up for Instagram in 2020. His first post revealed that he had a daughter and that he was about ten years late to joining social media. He has rarely posted anything since joining the platform. Emma Watson (Hermione Granger) has an Instagram account. However, she rarely posts. When she does, it’s often about her activism work or her love of books. There have been times when she’s faced controversy online and stepped away from her social media accounts for long stretches entirely. Once, she went nine months without posting, which caused a great deal of speculation from fans.

While Daniel Radcliffe stays away from Twitter and other social media, Harry Potter author JK Rowling uses it frequently. Above, Daniel Radcliffe mentioned the possibility of fighting with fans as one reason he stays off social media. He may have been referencing JK Rowling, who has famously fought with her fans on Twitter in the past.

Many have alleged that her behavior and posts are transphobic, which has added a great deal to controversies surrounding the author. These examples may have contributed to Radcliffe’s perception of what it would be like to get on social media.

While these accounts aren’t a way to interact with the Harry Potter star, they are a way to keep up to date with his newest releases, behind-the-scenes updates, and new fanart that their account holders have appreciated.

DANIEL RADCLIFFE IS ON INSTAGRAM FOR HIS WEIRD AL MOVIE

Weird: The Al Yankovic Story had its first screening at the Toronto International Film Festival on September 8th and will hit theaters on November 4th. Daniel Radcliffe is playing the iconic singer and parody master in the film and by all accounts he’s crushed it. It is definitely a different kind of role for the actor, something he’s leaned into following his time as Harry Potter.

Weird Al included Daniel Radcliffe in a recent Instagram post promoting the movie, and the former has said that Radcliffe was his first choice to play the part. And this wasn’t the only time Radcliffe has shown up on Yankovic’s Instagram feed.

Maybe these kinds of posts will mean one day Daniel Radcliffe signs up for an account of his own. 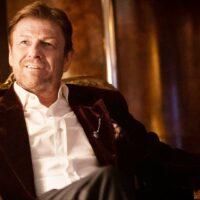 See Will Smith Return To Social Media By Using Gorillas