Why is Brooke Baldwin, the Peabody Award finalist, really leaving her dream job at CNN?

The former CNN anchor does not have another job lined up. She is both excited and scared about that. So, while she talks in interviews about pursuing other opportunities, she isn’t clear what those opportunities are going to be yet. What she is clear about is that at her current job at the famous news network, she works with men. Her bosses, the executives on the show, are all men. And that, she says, is a problem. Moreover, it’s a problem that the only women managing to climb up in the CNN ranks are all white women. She says that progress isn’t truly going to happen that way. She says that women of different ethnicities need to be seen reflected in storytelling if progress is going to happen.

Brooke Baldwin’s interview statements attempt to be cryptic, but they come together well. She says that she has said everything she really needs to say in her new book. The book in question is called Huddle: How Women Unlock Their Collective Power. In it, she says that the act of huddling is done quietly. That it’s women coming together to lean on one another, huddle, talk over their problems, and see the way forward together.

For the book, she interviewed influential voices like Reese Witherspoon, Gloria Steinem, Stacey Abrams, and Madeleine Albright. She had conversations about the power that happens when women come together. Since Brooke Baldwin is referencing the work she did for her book when she talks about leaving CNN, and is pointing out that she only works with men at her current job, and says that she doesn’t know what she’s going to do next but that she hopes to better control her storytelling, it seems clear that she hopes to work with more women in her next position.

In one of the possibilities for what Brooke Baldwin will do after CNN, she has talked about live streaming a talk show. Her focus for future possibilities seems to be on possibilities where she can better control her own storytelling.

As for what will happen the day she leaves the building, the former-anchor has said she has friends flying in to New York to walk out of the building with her. Baldwin said that this is huddling in action. She also said that it will be an emotional day, which seems true. She was emotional when she publicly announced she was leaving CNN.

In the past, when talent has called out companies for failing at diversity, we’ve seen them be more direct. However, those actions tend to happen when someone is trying to change the diversity problem at a specific company. When they are hoping that if they risk speaking out, it will affect action. It sounds like Brooke Baldwin realized that she wanted to see more diverse storytelling in the world. At the same time, it sounds like she felt the wall blocking her path to creating more diversity at CNN wasn’t something she could change. She said she was surrounded by men, and they were all her bosses. That doesn’t sound like something she thought she could have power over.

Instead, she’s leaping out without a plan, in search of a way to tell stories in a more progressive way. Based on the fact that the examples she is throwing out are projects she would likely have to start herself, like online programming, it seems that she doesn’t have confidence another company would be the right answer. We’ll have to wait and see if she finds a plan that better works for her. It sounds like she’ll be waiting to find out as well. 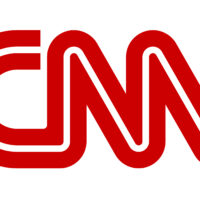 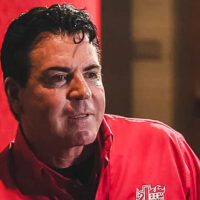 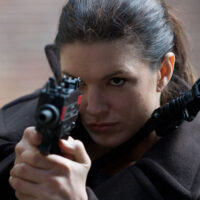 Most Americans Think Gina Carano Should Not Have Been Fired