Social media hasn’t been happy with Chris Pratt for a while — especially not since news surfaced of the allegedly homophobic church he attends. Over the past few months the Internet has erupted in horrified cacophonies over casting news that Pratt would be voicing the iconic gaming hero Mario, and more recently when it was announced he would provide the voice for the lasagna-craving Garfield. But today social media is canceling Pratt over something much less cartoonish. The outcry is in response to an Instagram post that many see as an ugly dig against his son Jack, who he had with ex-wife Anna Faris.

The Instagram post in question went up yesterday and does not directly mention Faris or his son Jack. Instead, the post shows Chris Pratt’s wife Katherine Schwarzenegger looking lovingly at Pratt. In a long caption, Pratt urges everyone to “Find you somebody that looks at you like that!” Along with the list of things he praises his wife for is that she’s given him “a gorgeous healthy daughter.” It’s this phrase that has enraged social media, because of the circumstances of the birth of his son. You can see his post below.

The story of Jack Pratt’s birth as told by Chris Pratt in 2014 is the kind every expecting parent fears. Originally expected in October 2012, Jack Pratt was born instead 9 weeks early in August. The premature birth caused a host of horrifying issues. He was only 3 pounds, 12 ounces upon birth, he had jaundice, and an incubator was, in Pratt’s words, “his first crib.” According to Anna Faris’ 2018 memoir Unqualified (via Blast), the couple was warned that because of severe brain bleeding, Jack might be developmentally disabled. After 18 months, however, it appeared that while Jack had issues with his vision and leg muscles, the bleeding didn’t cause any developmental issues.

It’s this story, Twitter seems to be sure, that Chris Pratt is referring to when he writes about his current wife giving him “a gorgeous healthy daughter.” Judging by their reactions, many Twitter users are taking Pratt’s post as an insult aimed not only at his ex-wife Anna Faris, but at his son Jack. And they are not being subtle about how they feel about it.

People are understandably curious about what Anna Faris has to say about this whole situation. So far, we haven’t heard from her or from Chris Pratt. But a lot of Twitter users clearly think it’s better to focus on her than to hurl more hate at her ex-husband. Or, in some cases at least, there are those who are both focusing on Faris and hurling more hate at her ex-husband.

While they seem to be in the minority so far, there are at least a few people on Twitter who aren’t convinced Chris Pratt’s Instagram post was meant as a jab at anyone. However, that doesn’t mean they like Pratt very much. They just think he’s innocent this time around.

We’ll have to wait and see exactly what comes of this situation. While it’s doubtful Chris Pratt will be losing his spot in Guardians of the Galaxy Vol. 3 or any sequels to The Tomorrow War, you never know. If even David Lynch and Frodo Baggins can wind up on Twitter’s dartboard, things definitely have the potential to spiral out of control. 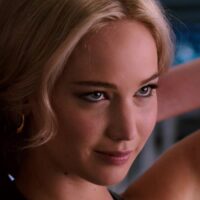 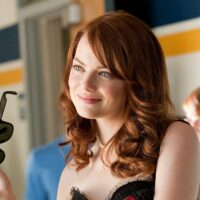 Why Emma Stone Isn’t On Instagram Or Social Media