Chris Hemsworth is the actor most well known for his role as Thor in the Marvel Cinematic Universe. Most of his recent projects, like Thor: Love and Thunder, have been filmed in his home country of Australia. Right now though, he is in Europe filming Extraction 2 for Netflix. The movie has him working in very wintery conditions this holiday season. Fortunately, his family has joined him while he works. As revealed in a recent Instagram video, they’re having a lot of fun in the snow.

The video begins with Chris Hemsworth tossing his child in the snow. Someone with a dark beard then shows up and shoves Chris Hemsworth down on his side, with someone in the background commenting that he went down like a ton of bricks. While the adult who pushes the Thor actor down is only seen for a moment, he is recognizable as Chris Hemsworth’s younger brother, Liam Hemsworth. A post from Liam Hemsworth’s Instagram shows that he has been spending some of his time skiing this holiday season, when he isn’t joining his brother’s family for fun in the snow.

Prior to the holiday break, Chris Hemsworth has recently shown off a brief look at his current project: Extraction 2. The little that is known so far is that he’ll still be the lead in the movie. The first film ended in a way that left the fate of Chris Hemsworth’s character (Tyler Rake) ambiguous. The audience was meant to decide whether Tyler Rake lived or not. When the sequel was announced, it was unknown if the film would be a prequel or if it would move forward in the timeline. Recent updates have let fans know that Extraction 2 will pick up with Tyler Rake alive and well, in a snowy terrain, a dangerous new situation that leaves his face bloody, and traveling on the outside of the train. Hopefully, the actor will continue to share updates about the film after the holiday break.

In the meantime, the actor appears to be spending quality time with his family. An update from last week included a video of one of Chris Hemsworth’s three sons. The child used a bow and arrow to shoot a water bottle off of his father’s head. The caption claimed that it took 63 tries to get the perfect shot.

Earlier this year, Chris Hemsworth wrapped filming on his fourth solo title for Marvel, Thor: Love and Thunder. The movie is another team-up with filmmaker Taika Waititi, who previously worked on Thor: Ragnarok. The story will bring back Natalie Portman as Jane Foster and will roughly follow the story from the Mighty Thor comics. Russell Crowe has joined the cast as the Greek God Zeus and Christian Bale is set to play Gorr The God Butcher. The Marvel movie has seen several delays, but is now expected to release in movie theaters on July 8, 2022.

Chris Hemsworth’s Wife: Where He Met Her And How Long They’ve Been Married 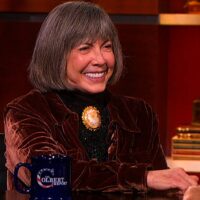 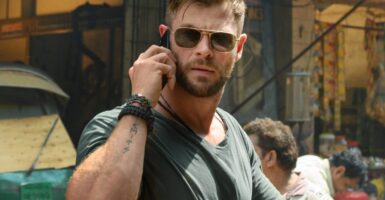