Check out Brie Larson who seems to be getting along just fine with her Fast X co-stars. She wished one of them a Happy Birthday on Instagram

When you are Brie Larson, being in one billion-dollar franchise simply isn’t enough. No, you are going to have to make it two and that’s exactly what the actress is about to do in the next couple of years. She’s been cast in the next Fast& Furious movie Fast X and if social media can be trusted at all, and in this case let’s just assume that it can, then she’s taking a liking to the current cast for sure. Recently, Brie Larson took to Instagram to jump in on the “family” theme of the Fast franchise when she wished co-star and face of the group Vin Diesel a happy birthday on the social media platform.

The picture that Brie Larson posted was of her and Vin Diesel yucking it up off-camera though it’s not exactly clear what they are doing. It appears she is pushing him from behind and he’s clearly in on the fun. Diesel is wearing an all-black Dom Torretto-style outfit and Brie Larson is dressed in a blue pants suit. There’s a good chance this was from the filming of Fast X and someone snapped off the picture of the two. Check out what Brie Larson had to say when wishing Vin Diesel a happy birthday.

At the time of this writing, the Brie Larson Instagram post had almost 84K likes on the social media platform and Vin Diesel himself had rung in with a simple heart emoji. And this isn’t the first time Larson had posted a picture of the two on Instagram. Back in April, she put up a picture of the two having a laugh. This was in response to her casting in Fast X and she was jumping in to show her gratitude to Vin Diesel and company for having her as part of the crew.

Again, it’s not totally clear who Brie Larson will be playing in Fast X, the tenth and final installment of the franchise when it comes to the original group of characters. She is joining Jason Momoa, Daniela Melchior, and Alan Ritchson as new additions to the cast. The main group of characters will also be returning along with Vin Diesel and that includes, but isn’t limited to Michelle Rodriguez, Tyrese Gibson, Chris “Ludacris” Bridges, Sung Kang, John Cena, Jason Statham, and Charlize Theron.

And again, this won’t be Brie Larson’s only billion-dollar franchise of movies. She’s still firmly rooted in the Marvel Cinematic Universe and her Carol Danvers character will be returning when The Marvels finally hits the big screen. That is set for a July 28, 2023 release and she’ll be joining Iman Vellani who’s taken the MCU by storm as Kamala Khan in Ms. Marvel.

Also in the pipeline for Brie Larson are Lessons in Chemistry as well as a CIA project that currently doesn’t have a title. Both of them are planned television series, the first foray back into the small screen for Larson in a major role since she broke out in The United States of Tara. 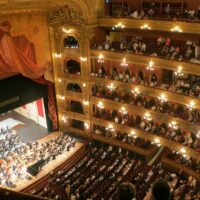 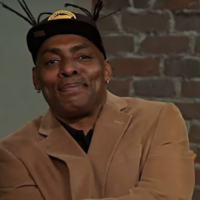 Rapper Coolio Is Dead At Age 59 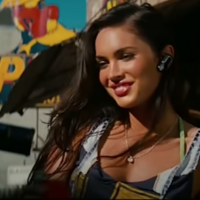