Never let it be said that Brie Larson does not enjoy the simple things of life. Whether the Captain Marvel star is hanging out with Peter Parker or showing off her bruises or just casually riding on a bucolic-looking rope swing, she just seems to really have a good time when she is not starring in some of the biggest blockbuster films in history. Similarly, Brie Larson recently posted an image on social media of herself outside a sushi joint and enjoying some of their wares that makes it seem like she could really get down for some sashimi. Check it out:

In the first picture of the carousel posted on Instagram, Brie Larson is standing out the door of an establishment named Sushi Paradise that we can only assume is paradise for people who want to enjoy sushi themselves, rather than some kind of peaceful eternal existence for the sushi itself. She is wearing a very cute, very short floral sundress, which just goes to show that Brie Larson can pull off even the simplest of looks.

The very lucky man she is leaning her famously blonde head against is Elijah Allan-Blitz, a California-based artist in several disciplines who has been dating Brie Larson since 2019. He is particularly noted for creating the virtual reality experience “Take Every Wave: Laird in VR,” which was nominated for an Emmy and won the prestigious Lumiere Award. But let us be perfectly honest: he is probably most noted for dating Brie Larson.

The next picture posted by Brie Larson in this particular set shows a delicious tray of shucked oysters, alongside an open can of Hawaiin Sun Passion Orange. At least now we know what Brie Larson’s favorite sushi beverage is, even if we find the idea of drinking orange juice along with some uramaki to be questionable at best. There is also a bowl of some unidentified broth, but we cannot in good conscience vouch for exactly what soup Larson and Elijah Allan-Blitz were enjoying.

The third and final shot in this slideshow is a close-up of a beaming Brie Larson next to an A-sign that we can presume was for Sushi Paradise. Given the smile on the actor’s face, we can assume that she had a very enjoyable sushi experience. Doing a little detective work, we notice that the sign has a partial phone number with an 808 area code, which means that Brie Larson is lucky enough to be enjoying sushi in Honolulu, which we envy her for.

Brie Larson is currently set to star in the upcoming installments of the world’s two biggest franchises: Fast X and The Marvels. In the latter, she will be reprising her role as Carol Danvers aka Captain Marvel alongside Monica Rambeau (Teyonah Parris) and Kamala Khan (Iman Vellani). Her role in the former is not yet known, but most likely she will be driving a car very fast alongside Vin Diesel, Michelle, Rodriguez, Jason Momoa, and all the rest of the furious crew. 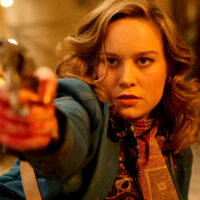 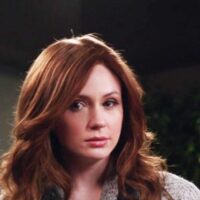