You've got to sleep some time.

Brie Larson is a pretty busy superhero. She’s filming at least one — possibly two — big budget blockbusters, promoting her work behind the camera, in most likelihood finding time to prep for future projects, and hopefully scrounging a second or two to breathe. So perhaps it shouldn’t be too huge of a shock that in her latest social media post we find the Captain Marvel star in her pajamas, in spite of sitting upright in a train in what appears to be the middle of the day.

The star posted the photos to her official Instagram account late on Thursday with the caption, “I travel by pajama only.” In the pics Brie Larson is gazing out the window of her passenger car, appearing to have just awakened. Her tiger orange embroidered pajamas are personally monogrammed, with the initials “BL” stitched over the heart. You can see the images below.

The pics aren’t geo-tagged, but it’s a good bet that Brie Larson is somewhere in Europe. Though we don’t know anything about the new character she’s playing, Larson is part of the ensemble cast of Fast X, which has been reported to be filming in Rome, Portugal, and the UK along with other locations. She also may or may not be shuttling between productions. As reported by The Direct and others in July, there were reshoots for The Marvels late last month. It isn’t confirmed Larson was part of those reshoots, though Samuel L. Jackson confirmed his own return to production.

Brie Larson is no doubt also devoting time to promoting a project she created behind the camera. Her docu-series Growing Up premieres on Disney+ in less than a month, on September 8, and we wouldn’t be surprised if she has to further split her time to do press for that. According to The Wrap, Growing Up is something of a hybrid documentary and drama, with each episode following a different young adult between 17 and 22.

Speaking of young adults between 17 and 22, the next time we see Brie Larson appear as Captain Marvel, she may very well be sharing physical space with someone in that younger age bracket. Brie Larson was long rumored to have a cameo in the Disney+ series Ms. Marvel, and in the post-credits scene of the season 1 finale, she didn’t disappoint. She inexplicably shows up in Kamala Khan’s (Iman Vellani) bedroom in a redesigned outfit and wearing wristbands.

As fans of the source material are well aware, the original Marvel hero who bore the title Captain Marvel — Marv-Vell — for a time was saddled with sharing time and space with the teen sidekick Rick Jones. Whichever one of them was on Earth would summon the other to our dimension by banging together a pair of “Nega-bands” — gold-colored wristbands not unlike the ones Brie Larson wears in Ms. Marvel — and the one who performed the summoning found himself in the Negative Zone. At the end of the 1998-9 miniseries Avengers Forever Mar-Vell’s son, Genis-Vell, and Jones found themselves stuck in the same arrangement; except in this case rather than the Negative Zone, whoever didn’t get to exist on Earth was sent instead to the Microverse. And now it looks Carol Danvers and Kamala Khan may find themselves in a similar predicament. 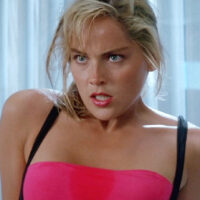