Brad Pitt didn’t take home any metal at the Academy Awards ceremony on Sunday night, but the actor was still able to cause a stir based on his appearance alone. The superstar has long been known to be among the most sought after and emulated A-list actors around, and none of that is set to change. In fact, we could see it even more with people possibly copying his new look. That’s because he appeared on stage at the Oscars rocking a man bun that caused more than a few fans to swoon a bit at the new do.

Brad Pitt wasn’t at the 93rd Academy Awards because he was nominated this year. Instead he was there as a presenter, specifically for the award of Actress in a Supporting Role. Some folks were able to snap some pics of him backstage after making the presentation and caught the man bun in question. You know you are super famous when pulling your hair back into a mostly traditional little rolled up ponytail causes a social media frenzy, but that’s definitely the case for Pitt who is about as famous as they come. Check it out:

I think we can safely agree that Brad Pitt has a different DNA and genetic make-up than most humans alive. The fact that a 57-year-old could make waves with a hipster hairdo at a major award show points to that being pretty clearly the case. He’s just built differently and that was on display at the awards show. Again, this little wisp of hair being pulled back was enough for a non-insignificant amount of folks to take notice like it his hair was dyed purple or it was a mohawk or something.

The actor continues to bring it on screen in high-profile roles that clearly define him as one of the most talented actors around these days. It’s been like that for some time now and isn’t set to change. He was fantastic in his last two films, Tarantino’s Once Upon a Time in Hollywood as well as Ad Astra. And the future is bright as well with a number of different projects coming down the line.

Brad Pitt is currently in pre-production on two films that are set to come out next year. The first is Lost City of D. That one has a star-studded cast that includes Sandra Bullock, Channing Tatum, Daniel Radcliffe, and more. It will be about a romance novelist who is kidnapped, along with her bodyguard, and have to survive the jungle. Plus there’s also Babylon from Damien Chazelle. It’s not totally clear what this film will entail with some rumors it will be a period piece. The La La Land, Whiplash, and First Man director has incredible range so that film could be about almost anything. Pitt will co-star with Margot Robbie.

As for the Brad Pitt man bun, its future remains less clear. Will it remain attached to his Samson-like head of locks? When he eventually cuts it off will it go into a trophy case? There are so many ways for him to take this new hairstyle that’s definitely gotten fans into a tizzy. 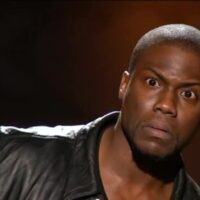