Actor Henry Thomas, who rose to fame playing Elliot in E.T has worked with both Brad Pitt and Leonardo DiCaprio and says Bradd is more fun because he would hang with him at the end of the day.

After a stellar performance as Elliot in E.T – the Extra-Terrestrial, Henry Thomas racked up an impressive list of film credits. Having worked opposite some of the biggest names in Hollywood, like Brad Pitt and Leonardo DiCaprio, the Haunting of Hill House alum isn’t shy about picking favorites. When asked which star was more fun to hang out with at the end of filming each day, the 51-year-old didn’t hesitate, “Brad Pitt [is] much more fun,” he told Insider.

Thomas made the revelation while doing press in celebration of the 40th anniversary of E.T. Explaining his choice, the Doctor Sleep actor said he chose Brad Pitt because he didn’t really get to hang out with Leonardo Dicaprio. “I didn’t hang out with Leo. But I hung out with Brad. We got along pretty well so we had fun,” he told the publication.

“And we were out in the mountains in the middle of nowhere so maybe that had something to do with it.” Although Thomas might not be as famous as Brad Pitt or Leonardo DiCaprio, he did a great job supporting them on camera. Legends of the Fall saw him play the youngest of three brothers growing up in the Montana wilderness and falling in love with the same woman.

Most of his scenes in the 1994 film were with Pitt, who played one of the brothers in the movie. While his time with Brad Pitt might be his favorite, Thomas also appeared opposite Leonardo DiCaprio in the 2002 Martin Scorsese film, Gangs of New York. The former child star played the friend of the Academy Award winner’s character who teaches him about the different gangs making up Lower Manhattan’s Five Points in the 1800s.

But Thomas does have something in common with both stars. Much like Brad Pitt and Leonardo DiCaprio, he knows all about superstardom from the years directly following his role in E.T. Even when he got to high school he couldn’t escape the character because the movie would often be rereleased in theaters.

“It was difficult as a teenager wanting to distance myself from being a boy, and always being associated with being 10 years old,” he told the publication. Thomas hasn’t been cast in another Spielberg movie since the 1983 blockbuster, but he has tried a few times. “I auditioned for Saving Private Ryan and a few other films but we haven’t worked together since,” the actor said.

However, he has had loads of success as a character actor. He most recently starred in The Haunting of Bly Manor, and Midnight Mass. Maybe one day he will get to work with Brad Pitt or Leonardo DiCaprio again too.

Meanwhile, Brad Pitt and Leonardo DiCaprio are busy with a few projects of their own. The latter is set to appear in Killers of the Flower Moon. Directed by Martin Scorsese from a screenplay he wrote with Eric Roth, the story follows members of the Osage tribe who are murdered under mysterious circumstances in the 1920s. Brad Pitt fans can see the actor in Babylon. Written and directed by Damien Chazelle, the movie is billed as a period drama that also features Margot Robbie. 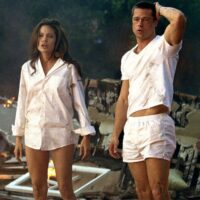 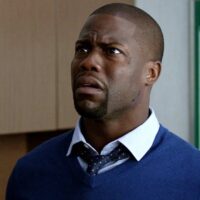 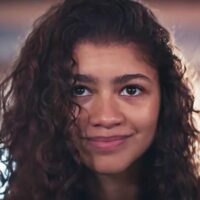 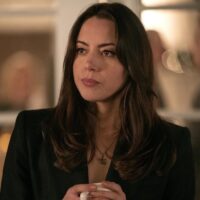