Getting face to face with a bobcat likely isn’t a pleasant experience and may result in injury – yours or the bobcat’s. In a viral video published on April 15, 2021, a man confronted a bobcat in defense of his wife and threw the wild kitty hammer-throw-style across his lawn. You can watch the 45-second video below.

The home surveillance video in question, posted by a Twitter user @Evi3Zamora, depicts a man approaching his car and greeting his fellow neighbors in what appears to be a quiet suburban morning. He places his morning coffee onto the hood to reach for the keys in his pocket while stepping towards the back of the vehicle. Simultaneously, his wife enters the camera frame while approaching the passenger’s side, unaware that she’s in the presence of a moody bobcat, which yowls, alerting her to its presence.

Unfortunately, the woman stops to see where the sound comes from when a bobcat appears and attacks her, grabbing her backside. In the mixture of surprise and adrenaline-fueled fear, the woman yells, “Run! Run!” trying to get away from the animal. Her husband runs to her aid, heroically grabbing the bobcat, and, holding it with his outstretched arms, tosses the animal across the lawn while the frightened woman runs back to, what appears to be, the safety of their home.

The flying bobcat lands on the lawn, approximately 10 feet away from the man, and immediately dashes underneath the man’s vehicle and disappears from whence it came. The commotion got the attention of curious neighbors and a friendly jogger, who were warned by the man from the video that a bobcat attacked his wife and informed them to be careful.

At the time of writing, the video got over 263,000 likes on social media and garnered a plethora of commentary from other users, inquiring about the aftermath. It also got plenty of media attention, and SBNation, a sports blogging network, called bobcat tossing “an ultimate dad sport.” With that said, the Twitter user who initially posted the video disclosed in the commentary that the man managed to shoot the bobcat and that it’s confirmed that the bobcat was rabid. Unfortunately, this wasn’t confirmed by any official city or state service, so we’ll treat this information as unverified.

Bobcats are pretty defensive animals and usually avoid humans as widely as possible. Like other big cats, they’re not typically a threat to humans, despite how violent they can be in the right situation. If threatened, sick, or rabid, they can, and most likely will, attack. Experts advise that people back away slowly from a face-to-face encounter with a bobcat without turning their back to the animal or running away. Running away or exposing the back can trigger the animal’s hunting instinct, which will, in all likelihood, lead to an attack.

Experts also suggest that any sightings of wild animals in urban areas should be reported to the authorities and animal control service. The trained experts can capture the creature, treat it of any injury or ailment, and release it safely back into the wild. We highly advise calling animal control – save bobcat toss for another time. 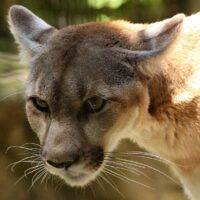 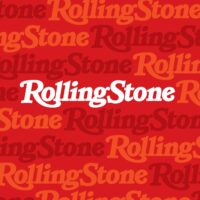