Beverly D’Angelo: How She Married A Duke, Became A Griswold, And Gave Al Pacino Twins

While most probably know Beverly D’Angelo from the Vacation series of films, D’Angelo is an extremely accomplished actress with a rich history of work from over forty years in the entertainment industry. But in recent years, it seems as though Beverly D’Angelo has been relatively quiet in a smaller number of roles.

Let’s take a look at what happened to Beverly D’Angelo.

Even before Beverly D’Angelo started acting, she already had a fascinating career. Born in Columbus, Ohio; D’Angelo’s mother was a violinist and her father was a bass player. Naturally, D’Angelo showed an interest in music. She was once a backup singer for Rompin’ Ronnie Hawkins’ band The Hawks, which would later become The Band. But prior to that, D’Angelo also worked as an illustrator at Hanna-Barbera Studios.

Beverly D’Angelo would start acting in theater, appearing on Broadway in Rockabye Hamlet in 1976, a musical based on Hamlet. Her first work on screen would be in three episodes of 1976’s Captain and the Kings.

Beverly D’Angelo’s jump to films was an immediate success, first appearing in a small role in Woody Allen’s 1977 film, Annie Hall, which would go on to win the Academy Award for Best Picture that year. She would go on to appear in several high-profile films in the coming years, including the Clint Eastwood comedy Every Which Way But Loose in 1978 and the hippie musical Hair in 1979.

But Beverly D’Angelo’s first big break came in Coal Miner’s Daughter, where she would play Patsy Cline alongside Sissy Spacek’s Loretta Lynn. The role would earn D’Angelo her only Golden Globe nomination for Best Actress in a Supporting Role – Motion Picture.

In an interview with The A.V. Club, Beverly D’Angelo said of her role in Coal Miner’s Daughter: “Thank god I was so young and stupid because if I would have known what I was really taking on, I think it would have been overwhelming, but I was really pretty innocent. I’d have made a couple of movies but I really wasn’t even set on being an actress. To me, it was like, ‘I’m a singer. I’m going to play a singer.’ And that’s all okay. I felt entitled to do that, but I was too young and dumb to be that scared, although I was scared of Loretta.”

Ellen Griswold And The 80s

In 1981 Beverly D’Angelo married Don Lorenzo Salviati, an actual Italian Duke. The pair divorced in 1995, but for the brightest years of her career it’s interesting to think that Beverly was an actual duchess.

In an interview with Entertainment Weekly, D’Angelo mentioned her surprise at how long-lasting the series had become: “I don’t think any of us thought we were setting up the tent-pole for a franchise. I was really lucky that I got to work with Chevy [Chase] and Harold Ramis, the smartest guys in this town, the very bright East Coast boys, and do a little summer movie.”

In 1984, Beverly D’Angelo would play the iconic role of Stella DuBois Kowalski in a television version of A Streetcar Named Desire. For her performance, she would receive a Primetime Emmy Award nomination for Outstanding Supporting Actress in a Limited Series or Movie. D’Angelo would go on to star in many other television films after, including 1985’s Doubletake, 1986’s Slow Burn, 1987’s Hands of a Stranger and the 1987 adaptation of Walter Tevis’ sci-fi novel, The Man Who Fell to Earth.

Beverly D’Angelo In The 90’s

Returning to her history with music, in 1992, Beverly D’Angelo would voice Lurleen Lumpkin, a country singer and waitress in the “Colonel Homer” episode of The Simpsons. She would later reprise the role sixteen years later in the episode “Papa Don’t Leech.”

In addition to a slew of television films like 1992’s Trial: The Price of Passion and A Child Lost Forever: The Jerry Sherwood Story, Beverly D’Angelo would star in a number of films, such as Neil Jordan’s 1991 film, The Miracle, the Paul Hogan-starring Lightning Jack in 1994 and Pterodactyl Woman from Beverly Hills in 1997.

But in 1998, Beverly D’Angelo would take on the role of Doris Vinyard, the mother of Derek (Edward Norton) and Danny Vinyard (Edward Furlong) in American History X. The role would earn D’Angelo a Satellite Award nomination for Best Supporting Actress – Motion Picture.

In the 2000’s, Beverly D’Angelo had somewhat of a career resurgence. For kids that grew up with her in the National Lampoon’s Vacation films, they could find her in any number of films aimed at teenagers. In 2001, she made a cameo in the Freddie Prinze Jr. comedy, Summer Catch, and she would play a part in both 2008’s Harold & Kumar Escape from Guantanamo Bay and the Anna Faris-starring The House Bunny. In this period, Beverly D’Angelo would also appear on many episodes of Law & Order: Special Victims Unit, and would have a significant supporting role on Entourage, playing Barbara Miller, agent and mentor to Jeremy Piven’s Ari Gold.

In 1997 Beverly D’Angelo ended up in a relationship with acclaimed actor Al Pacino. The couple had twins together and Anton and Olivia were born in 2001. Pacino and D’Angelo would separate in 2003. Raising twins, however, might explain why much of the 2010 decade was relatively low-key for Beverly D’Angelo, even though she did continue to work.

In film, she played in David O. Russell’s 2015 release, Accidental Love, 2016’s musical comedy Dreamland and recently, she appeared in the 2018 indie comedy The Unicorn, alongside Lauren Lapkus and Nick Rutherford.

She’s also had parts in television films like 2013’s The Good Mother and 2014’s The Michaels. But Beverly D’Angelo has significant work in television over the past decade, with appearances in such shows as Cougar Town and Friends with Better Lives, and multiple episodes of Mom, Shooter, and the Netflix series, Insatiable. In 2015, her and Chevy Chase shot a pilot for a comedy pilot entitled Chev & Bev, but the series wasn’t picked up.

Last year, Beverly D’Angelo was honored for her Outstanding Achievement in Comedy and Drama at the Las Cruces International Film Festival.

Though she’s now 68-years-old, it looks as though the next few years are going to be packed with new Beverly D’Angelo projects. Currently in post-production, D’Angelo has The Good House, based on the Ann Leary novel of the same name. The film will be directed by Maya Forbes (The Polka King and Wallace Wolodarsky (Sorority Boys), and star Sigourney Weaver, Kevin Kline and Morena Baccarin.

Also in post-production is the horror film Capps Crossing: Wrong Side of Dead, about a woman investigating a series of murders and the lies she discovers in doing so.

Beverly D’Angelo also has two projects currently listed as in pre-production. Coming in 2021 is Christmas vs. The Walters, about a mother attempting to give her family the perfect Christmas. The film will also star Shawnee Smith, Bruce Dern and Dean Winters. Finally, Beverly D’Angelo also has the thriller Masha’s Mushroom, starring Tara Reid and Vivica A. Fox, on the way.

Maybe one day, Beverly D’Angelo will even write a memoir. In the previously aforementioned interview with The A.V. Club, D’Angelo said of writing a memoir about her fascinating life, “I’m starting to get close to it. Here’s my philosophy about a memoir. This is what I say to everybody. When my past becomes more interesting than my present, then I’ll write the memoir.” 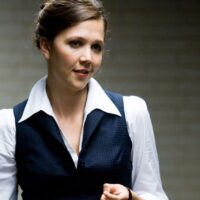 Maggie Gyllenhaal: Why She’s Not In Movies Anymore 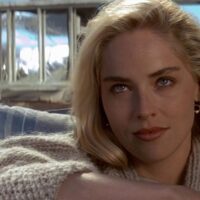 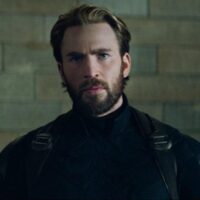