Bella Thorne attended the premiere of her film Divinity in a stunning gown with a thigh-high slit.

By Douglas Helm | Published 5 hours ago

Bella Thorne hit the premiere for her new movie Divinity the other night, and she made sure to show up in style. The star took to Instagram to post her look from the night, which includes a Roberto Cavalli gown with a thigh slit and intricate detailing. Needless to say, Thorne and the custom gown were both stunning.

Divinity is a sci-fi thriller written and directed by Eddie Alcazar about two brothers who abduct a mogul and go on a journey of self-discovery with a seductive woman. Along with Bella Thorne, the film stars Stephen Dorff, Scott Bakula, Moises Arias, Caylee Cowan, Karrueche Tran, Danielia Maximillian, Michael O’Hearn, Jason Genao, and Emily Willis. The film premiered at the Sundance Film Festival.

Bella Thorne continues to impress with her growing acting resume, and she has plenty more projects in the pipeline. Deadline reported that Thorne will be starring opposite Aaron Eckhart in the upcoming thriller Rumble Through the Dark, which follows a bare-knuckle brawler who is looking to repay his debts and save the home of his foster mother. The film is directed by the duo of Graham and Parker Phillips with a screenplay by Michael Farris Smith, who also penned the novel the movie is based on.

Another interesting project Bella Thorne has coming up is the thriller Saint Clare, where she’ll play a Catholic college student who has a vocation for killing. The film is based on the book Clare at 16 by Don Roff and will be adapted by Guinevere Turner and Mitzi Peirone. Perione will be taking director duties on the film as well.

Bella Thorne gained traction as an actor on the Disney Channel series Shake It Up before gradually taking on more mature roles. She gained particular critical acclaim for her roles in films like The DUFF, Girl, Infamous, Amityville: The Awakening, and more. She even tried her hand at directing for the first time in 2019, for the adult film Her & Him.

Unfortunately, there aren’t any release dates announced for Bella Thorne’s upcoming slate of films. Since Divinity just premiered at Sundance Film Festival this week, presumably we should be seeing that film soon enough. Meanwhile, Rumble in the Dark, Saint Clare, and The Trainer have all wrapped filming, so we may hear release dates for these films sooner than later.

Bella Thorne also has several other projects in the works that have yet to start filming, including The Uncanny, Salem State, and The Pact. These films also have yet to announce release windows. Stay tuned for more news on Thorne’s upcoming projects. 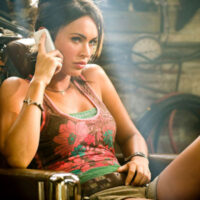 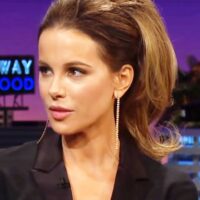 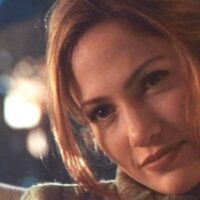