Arnold Schwarzenegger wants no part in people using personal freedoms to get out of following CDC guidelines around Covid-19. He didn’t mix words in a recent interview in which the regulations and other pieces of the pandemic debate were brought up. And he took umbrage with folks who were saying that their personal freedoms were more important than certain other social and medical practices. It is probably a more nuanced debate than the Governator lets it on to be, but he was drawing clear lines.

The interview was with former National Security Council member Alexander Vindman and Bianna Golodrya from CNN. They had originally been discussing and promoting Vindmans book, but then the topic of the pandemic, this next wave of cases involving the Delta variant, vaccination rates, and the reissuing of mask guidelines in some areas came up. Here is just a part of what Arnold Schwarzenegger had to say about this whole thing:

Arnold Schwarzenegger was pretty clear in his mindset around this topic saying “Screw you’re freedom,” before launching into a longer takedown of those who are saying that their personal freedoms need to be impinged in the wake of the pandemic. Though this clip is a shorter version of what Schwarzenegger had to say, he went on more about the subject during the discussion. Again, it is totally clear which side of the aisle he falls here, leaving no real doubt about his stance or his derision to those who oppose his views.

I think people should know there is a virus here, it kills people. And the only way we prevent it is we get vaccinated, we wear masks, we do social distancing, washing your hands all of the time, and not just to think about, ‘Well, my freedom is being kind of disturbed here.’ No, screw your freedom. Because with freedom comes obligations and responsibilities. You cannot just say, ‘I have the right to do x, y, and z,’ when you affect other people. That is when it gets serious. It’s like, no different than a traffic light. They put the traffic light in the intersection so someone doesn’t kill someone else by accident. You cannot say, ‘No one is going to tell me that I’m going to stop here, I’m going to go right through it.’ Yeah, then you kill someone else. It is the same thing with the virus.

And again, this is only a part of what Arnold Schwarzenegger got into here. Dude is more than a little passionate about the subject. At one point he discussed those who would claim to be experts on the topic arguing with the words of the CDC others like Dr. Anthony Fauci. Arnold Schwarzenegger used an example from his own life, calling himself an expert in building biceps. That this was akin to doctors studying the disease. And this level of expertise was important when engaging in the discourse around the pandemic. So if you need a bicep pro, go to Arnold. If you need an infectious disease expert, listen to the Faucis of the world. Perfect comp.

When he isn’t busy championing CDC guidelines and being disgusted with those who he sees as selfish actors in the pandemic, Arnold Schwarzenegger is still plenty busy on the acting front. He is set to reprise a couple of famous roles in the next couple of years. For starters, he is teaming back up with Danny Devito for Triplets, the sequel to Twins. Who ends up being the oddball third brother (or sister) in that family remains to be seen. And then there is the word that he will be back for The Legend of Conan as well. How exactly he ages into that role is not totally clear at this point. There is also the announcement of the series Outrider. When it comes to Terminator though, the only people he is hunting down now are those who don’t want to wear masks. 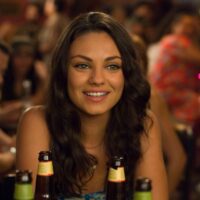 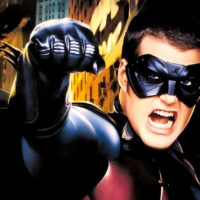 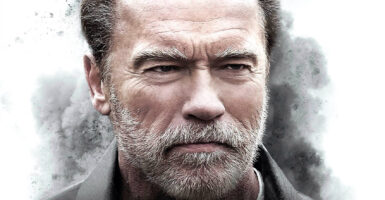 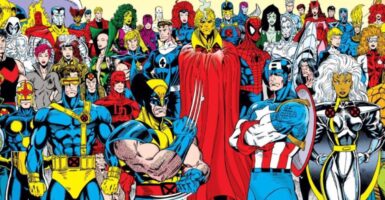