Related:
Anne Heche’s Cause Of Death Has Been Revealed

As soon as the news broke that Anne Heche was in a fiery car crash last week, questions arose about exactly what happened and why. Now, one of the most pressing questions may very well have been answered. According to the LAPD, Heche had narcotics in her system when she was tested after the crash.

Deadline reports Officer Lizeth Lomeli of the LAPD confirmed the tests conducted on Anne Heche came back positive for narcotics. However, Lomeli stopped short of saying that the actress definitively had narcotics in her system at the time of the crash. She said that more tests needed to be conducted to make sure the narcotics detected weren’t ones administered to Heche after the crash; on site, at the hospital, or en route. It was also reported that Heche does not appear to have had alcohol in her system.

When the news first surfaced on Thursday, Lomeli told Deadline the LAPD would be looking into possibly charging Anne Heche with felony DUI, but it seems possible that might have changed because of tragic reasons. On Friday, CNN and others carried the sad news that Heche, who was already listed as being in “extreme critical condition” on Thursday, is not expected to survive. In a statement to the press, Heche’s family said that she suffered “a severe anoxic brain injury,” due to her brain being deprived oxygen. At the time she was being kept on life support to determine if any of her organs could be donated. Deadline has since reported Heche has been reported brain dead, and her family will be taking her off life support.

If it turns out the narcotics were in the star’s system before the crash, it adds another detail to an already bizarre and tragic situation. Last Friday morning, August 5, Anne Heche’s car was recorded speeding through a quiet Los Angeles neighborhood. Before her car crashed into the Mar Vista home where it finally stopped and caught fire, the Mini Cooper had been recorded hitting a garage, almost running over a pedestrian, and slamming into a Jaguar. It took over 60 firefighters to rescue Heche from the vehicle.

Yet just before the incident, Anne Heche seemed to be in a wonderful mood. Stylist Richard Glass told the LA Times he had taken a selfie with Heche shortly before the tragedy, saying she was acting like a “sweet little girl” as she was shopping for wigs; eventually buying a bright, red one. He also said there was no indication she was under the influence of drugs or alcohol. You can see the selfie below.

Yesterday came the news that in spite of everything going on with Anne Heche, Lifetime had chosen to release her feature for the channel, Girl in Room 13. Quite a few studios will have to be making similar decisions in the coming months. The Six Days, Seven Nights star had around a half dozen projects in post-production before the accident, including the upcoming HBO drama The Idol. 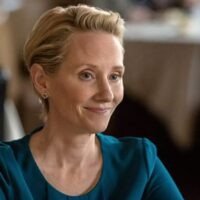 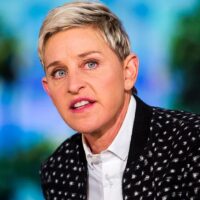 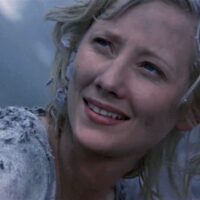