It has been five years since Angelina Jolie and Brad Pitt separated and over two years since they were announced legally single. But even in all this time, the legal issues between the former star couple of Hollywood haven’t ceased while the ugly divorce battle between them continues. As revealed by recently uncovered legal documents, the duo is now tangled in another legal battle as Jolie has been trying to sell her interest in the exes’ French wine business, Miraval Chateau Winery, and Pitt has been unwilling to let the sale go forward.

As per the legal documents, obtained by Fox News, Angelina Jolie has been striving to sell her share in the Miraval Chateau Winery, which she reportedly bought before she got married to Brad Pitt in 204, though now both have equal shares in the business since they filed for divorce. Jolie even hired Laurent Schummer, an attorney in Luxembourg, so that he can help her selling the winery to a third party.

The legal documents also state that after a long search of two years, Angelina Jolie’s team has finally found a third party who wants to buy her share in the Miraval Chateau Winery. But she has been unable to move forward with the sale due to the Automatic Temporary Restraining Orders (ATROs) which came into effect as soon as she and Brad Pitt filed for divorce.

As reported by Fox News, Angelina Jolie’s attorney, Joseph Mannis, has appealed to the court to lift the ATROs as “time is of the essence” and Jolie wishes to close the pending agreement for the sale of the winery before the buyer she found after years ends up losing interest in purchasing it.

It has also been made known to the court that Angelina Jolie doesn’t want to hold any separate properties or businesses jointly with her ex-husband Brad Pitt as she is not okay with being his “unwilling and disregarded business partner.” Mannis has put forward the argument that as Jolie had acquired the winery before she married the Once Upon A Time In Hollywood star, she is the “sole member” i.e., its only owner who should have the liberty of selling the business whenever and to whoever she wants.

Allegedly, this is not the first time that Angelina Jolie’s legal team has attempted to get the ATROs lifted so that the Eternals actress can successfully sell her share of the wine business. Jolie’s legal team has claimed that they only opted to file a request in the court after Brad Pitt’s attorney, Lance Spiegel, continuously refuted their inquiries about lifting the ATROs and didn’t provide a valid reason for the same.

In the memo submitted to the court, Mannis has shared that he still hasn’t received a response to his latest inquiry from Brad Pitt’s legal team about whether he will agree to lift the ATROs or on what legal basis is he blocking the sale of the winery. According to the legal documents, a similar court request was submitted by Angelina Jolie’s team towards the end of June but at the time, Hon. Judge Andrew Giza shot it down as the inability to sell the winery doesn’t pose any “immediate danger,” “irreparable harm” or “immediate loss/danger” to property. 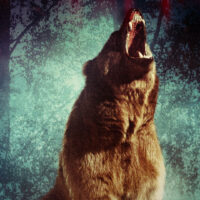