Angelina Jolie alleges that her ex-husband abused her and their children during a 2016 flight.

Folks in Hollywood have been the centerpiece for several disturbing allegations this year. The biggest couple in the press for claims of upsetting behavior would of course be Amber Heard and Johnny Depp whose case we watched play out in a Virginia courtroom over a two-month period last spring. Now, Angelina Jolie and Brad Pitt seem to be the major focus of the media as Jolie has come out with some troubling claims against her ex-husband saying that he abused both her and two of their children during a flight in 2016.

While the couple didn’t officially divorce until 2019, it would be that 2016 flight that seemed to set things into motion with the public discovering that the duo may not have been as happy as they appeared. Angelina Jolie alleged in a Tuesday court filing that while aboard the private jet, Brad Pitt violently shook her head and then began to choke one of their children before turning his anger onto another child by striking them when they attempted to interfere. If you, like us, have a memory of the initial reporting of this incident six years in the past, the fine print details were left out when the news first broke.

Part of the reason the public never heard more about the alleged abuse is that when Angelina Jolie and Brad Pitt headed for the divorce court, their trial was carried out behind closed doors with parts of the specifics only released during those proceedings. Pitt would eventually walk away with 50-50 custody of the couple’s children, but Jolie later sued the FBI over a Freedom of Information Act allowing the full story to go public. The claims made in the lengthier story are more than a little bit bothersome surrounding what actually happened on that flight.

According to Angelina Jolie’s filing, which was first reported by The New York Times, the Tomb Raider actress alleges that the altercation took place during a flight from the winery Chateau Miraval to Los Angeles. She says that her ex’s “aggressive behavior” began early in the day, before they were even in flight when Pitt verbally attacked one of the children. As they began their journey, Jolie confronted Pitt in hopes of understanding where his frustration was coming from with her then-husband allegedly verbally assaulting her and yelling that she was too easy on the kids.

It was following this event that the filing by Angelina Jolie claims that Brad Pitt forced her into the bathroom and continued to verbally attack her before shaking her by both the head and shoulders and then shoving her into the bathroom wall. Not mentioning specific names, the documents state that one of the children between the ages of 8 and 15 at the time, spoke up for their mother only to have Pitt’s anger turned against them.

This is where the story takes an even darker turn. It’s alleged that from here the Seven actor “lunged at his own child” with Jolie trying to rip him off. In an attempt to shake Angelina Jolie, she alleges that Brad Pitt “threw himself backwards” hurting Jolie’s back as she landed on a row of airplane seats. Traumatized, the claim says that the children rushed to protect their mother and siblings with Pitt striking one child and choking another.

Before the chaos would end Angelina Jolie claims that Brad Pitt poured beer on her before pouring alcohol on the children. Upon landing, Jolie took her story to the FBI the following day with many of the details not making it out during the first round of press. Along with her allegations, Jolie also came forward with bruises and rug burn injuries to bolster her claims.

Now, with Angelina Jolie’s allegations against Brad Pitt fully in the light for all to weigh in their opinions, it will be interesting to see how the case progresses. As for Pitt, an unnamed representative stepped forward to vehemently deny Jolie’s allegations. As the story unfolds with the claims reopened, we’re bound to hear more about the alleged attacks in the upcoming days. 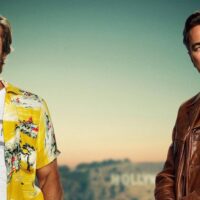