Amy Schumer recently appeared on Watch What Happens Live for an interview where she touched on her Oscars hosting gig, Twitter accusations about her stealing jokes, and more. Specifically, she addressed the people saying she stole her Leonardo DiCaprio joke from a viral tweet. You can check out the Tweet in question below:

The Tweet got plenty of traction, with over 260,000 likes and 17, 000 retweets. Amy Schumer’s Oscar joke was fairly similar, saying: “He has done so much to fight climate change and leave behind a cleaner, greener planet for his girlfriends.” When asked about stealing the joke on the show, Schumer said “OK. Well, I would like to say, I haven’t personally been on Twitter,” and “also, that joke was written by Suli McCullough. But I thank you guys, always, for making sure that I don’t start thievery.”

So it sounds like if anything, Twitter users should be accusing the contributing writers of Amy Schumer’s monologue of stealing someone’s work, though obviously it’s unclear if anyone stole anything at all. Since Schumer has been accused of stealing jokes in the past, she added: “I just got to do a lie-detector test on Vanity Fair and they asked me, thank God, ‘Have you ever stolen a joke?’ and I said no, and it was ‘that’s true.’ So, everybody just chill. It’s crazy. I’m funny enough, I don’t need to steal shit.”

During her interview on Watch What Happens Live, Amy Schumer revealed some other interesting tidbits about the Oscars gig. Such as the fact she donated her $15,000 payday from the Oscars hosting job to Planned Parenthood. In a recent comedy show, she also revealed her lawyer told her to avoid certain jokes during the broadcast regarding Joe Rogan, James Franco, and especially the accidental fatal shooting on the set of Rust that Alec Baldwin is involved in. During her comedy set, she revealed the joke her lawyers made her cut from the monologue was: “Don’t Look Up is the name of a movie? More like don’t look down the barrel of Alec Baldwin’s shotgun.” It’s probably for the best this joke didn’t make the cut, as the shooting resulted in the tragic death of cinematographer Halyna Hutchins and the event is still pretty fresh, with ongoing lawsuits involved.

But no matter what jokes Amy Schumer told, the Oscars ended up having a much bigger controversial event that swallowed up pretty much any other news about the ceremony. The most memorable joke from the awards show was Chris Rock’s G.I. Jane joke at the expense of Jada Pinkett Smith. Of course, the joke itself wasn’t particularly memorable, but Will Smith’s unplanned slap won’t soon be forgotten. Schumer handled the moment pretty well at the time, quipping, “Did I miss anything?” and, “There’s, like, a different vibe in here.”

Other than the slap, the Oscars night went pretty smoothly with Amy Schumer, Wanda Sykes, and Regina Hall hosting and helping move the ceremony along. Some other notable moments were Samuel L. Jackson winning his honorary Oscar, CODA winning Best Picture, Troy Kotsur’s win as the first Deaf man to win an acting Oscar, and Ariana DeBose’s win as the first openly queer woman of color to win an acting Oscar. 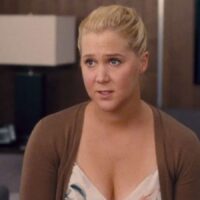 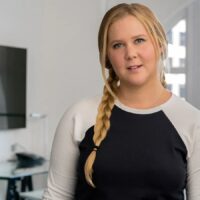 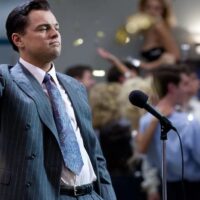