The war between the former Hollywood couple Amber Heard and Johnny Depp doesn’t appear to be close to ending any time soon. According to a new report from the legal proceedings between the two stars, Heard is taking the offense against her ex-husband. The actress’ legal team is reportedly hoping to find evidence of Depp’s alleged abuse in the hands of the Los Angeles Police Department.

That’s what Deadline recently reported. According to their story, Amber Heard’s legal team has subpoenaed the LAPD looking for “the books, documents, records, electronically stored information” relating to a 2016 domestic disturbance incident the department responded to involving Heard and Depp. The lawyers are also looking specifically for any body-camera footage from the officers who responded to the call, Officers Melissa Saenz and Tyler Hadden.

It also appears Amber Heard’s lawyers are looking for any dirt they can find on the officers. Along with the other documents, the subpoenas ask for anything that would indicate the officers’ conduct during the 2016 call may have been called into question, or of any “any investigation of, and any disciplinary actions taken against” the officers “for any conduct up through December 2016.” Subpoenas have also been issued to Disney, the ACLU, and billionaire Elon Musk — the latter of whom Johnny Depp has suggested was having an affair with Heard while he and Heard were still married.

All of the legal back-and-forth is part of Johnny Depp’s $50 million defamation lawsuit against ex-wife Amber Heard over her 2018 Washington Post op-ed in which she claimed Depp abused her. Among the things Depp lays at Heard’s doorstep are his firing from the Fantastic Beasts franchise in which he played the villain Grindewald, and the alleged censorship of his most recent film, Minamata. Both Depp and the film’s director Andrew Levitas claim that MGM is refusing to release the film in the United States because of the controversy surrounding Depp.

In looking for body-camera footage from the responding LAPD officers, Amber Heard may be hoping for the same proverbial smoking gun that the Daily Mail offered against her in January 2020. The site managed to turn a lot of Heard supporters against her when they released audio recordings in which the actress seems to admit that either she was the real abuser in the relationship or, at the very least, that it was mutual. In the recordings, allegedly taken during a couple’s therapy visit during their marriage, Heard admits to physically attacking Depp multiple times, including using pots, pans, and vases. She even says she’s likely to do it again.

Johnny Depp won another victory over Amber Heard in August. Based on Depp’s 2020 courtroom loss against the U.K. tabloid The Sun — who had called Depp a “wife beater” — Heard’s lawyers attempted to get Depp’s defamation suit thrown out of court before the case could begin. The judge ruled against the motion, however, allowing Depp and his lawyers to move forward. 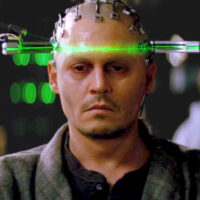