By Doug Norrie | 3 mins ago

The Amber Heard and Johnny Depp fiasco is the story that just never seems to go away. Mired in lawsuits and fights on the back pages of the tabloids, these two will be connected for better, but mostly worse, for the foreseeable future. And the hits just keep on coming with Amber Heard recently dragging the Los Angeles Police Department back into the legal mix. According to Deadline, Amber Heard and her legal team have subpoenaed the department looking for all kinds of information related to a 2016 domestic disturbance call involving Depp and Heard. What a mess this has become.

This latest legal filing from Amber Heard has to do with a $50 million dollar lawsuit filed by Johnny Depp in Virginia that has the latter suing over an op-ed Heard penned for the Washington Post. Depp is suing with claims that Heard’s account of their relationship and abuse allegations are false. Not to be litigiously one-upped, Heard, for her part, is countersuing for $100 million dollars. Heard and her team are asking for LAPD records involving a domestic disturbance call from all the way back in 2016. This incident has become something of a fulcrum for the case with the two sides bitterly alleging the other is lying about what went down on the night in question.

The Amber Heard subpoena for the LAPD is seeking to access bodycam footage from the responding officers but is also looking for background on those officers as well. This appears to be her legal team working to call into question (possibly) the professionalism of the officers who responded to the incident. It wasn’t enough to just get a record of what happened that evening, but according to the Deadline reporting, Heard’s team also wants to know about any “disciplinary actions” filed against the officers in the past.

This incident between Amber Heard and Johnny Depp has been a source of consternation about who was actually the abuser and who was the abusee in the situation. Both sides claim the other was the aggressor. And in the pending lawsuits, there is much to be made of the domestic abuse allegations particularly because this is why Depp is suing. He has said that claims of his being a “wife-beater” are patently false. It’s what led to his 2020 lawsuit against the British tabloid The Sun. In that case, he sued for libel. The Sun then presented its case that he was an abuser and in the end, The Sun won the case. Now, there will be a similar legal throw down in Virginia.

The fallout from this legal battle between Johnny Depp and Amber Heard has affected the former much more than the latter. Following the ruling in The Sun case, Depp was dismissed from his roles in the Pirates of the Caribbean reboot as well the Fantastic Beasts and Where to Find Them franchise. Meanwhile, Amber Heard has faced no such professional backlash. She’s set to reprise her role as Queen Mera in Aquaman and the Lost Kingdom with possible plans for her own solo movie as the character.

Whether this latest legal salvo against the LAPD helps the case for Amber Heard remains to be seen. The trial with her and Johnny Depp is set for next year and will most likely be another hotly-contested case with more, possibly embarrassing, information coming to light. 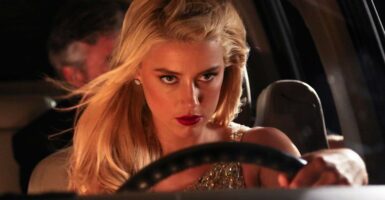 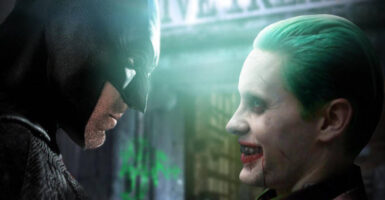 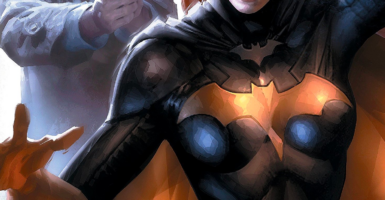