Amanda Seyfried: How She Won An Emmy And Was Nominated For An Oscar

Amanda Seyfried won an Emmy for her role in The Dropout and was nominated for an Oscar for her part in Mank.

Amanda Seyfried has carved out a nice career. On top of acting in movies, Seyfried is also a noted model and singer, the latter of which she showed off prominently in the musical features Mamma Mia! and its sequel Mamma Mia! Here We Go Again. She has been in virtually every genre of film and has also spent her early career on television as well.

And though it had looked like she was slowing down in terms of output, it appears she was just biding time for a huge role that won her a major award.

In April 2019, Deadline reported Saturday Night Live star Kate McKinnon would be playing the disgraced entrepreneur Elizabeth Holmes in the Hulu miniseries The Dropout. In February 2021, word emerged that McKinnon was stepping away from the project and by the following March Amanda Seyfried had picked up the slack.

In December 2021, Deadline posted the first images from The Dropout. You can see them below. The Dropout premiered on Hulu on Thursday, March 3.

In The Dropout, Amanda Seyfried played Holmes, the disgraced founder of Theranos who was charged with and convicted of criminal fraud related to the company. It was established that she mislead investors with claims around the company’s technology. The series follows this path with Seyfried in the lead role.

For her part in the Hulu series, Amanda Seyfried was nominated for and won a Primetime Emmy for Outstanding Lead Actress in a Limited or Anthology Series or Movie.

While she’s had a solid career, it didn’t appear the actress was on the path to this kind of awards status. But her turn in The Dropout was fantastic and she even has been up for an Academy Award as well, something we’ll get to shortly.

EARLY IN HER CAREER, SHE WAS A MODEL AND ON SOAP OPERAS

Amanda Seyfried’s career began as an 11-year-old model. She was seen in ads for clothing companies such as Leighton Meester and Limited Too and was also seen on the cover of the novel series Sweet Valley High. Early on Seyfried also took voice lessons and studied opera which would pay off later in her career.

Her first acting gig wasn’t really acting, but as an extra on the soap opera Guiding Light. Her first true acting role came as Lucy Montgomery in the soap opera As the World Turns. Her recurring role on the soap would last her two years. Seyfried then moved on to another soap, All My Children, where she played Joni Stafford for two years.

As her role on All My Children was finishing, Amanda Seyfried auditioned to be a Plastic in the movie Mean Girls. In fact, she was auditioning to be the lead Plastic, Regina George, a role that eventually went to Rachel McAdams.

The producers of the movie then considered her to play the lead Cady Heron. But Lindsay Lohan eventually won that role. They finally decided Amanda Seyfried would play the air-headed Plastic Karen Smith, a role that fit Seyfried nicely.

Even though her role in Mean Girls turned out for Seyfried, losing those lead roles weren’t going to be the last for her. She auditioned and was heavily considered as Veronica Mars, but again, the role was given to another actress, this time it was Kristen Bell.

But as with Mean Girls, the same happened for Amanda Seyfried in Veronica Mars. She grabbed herself a part in the series as Mars’ murdered best friend, a role that was seen only in flashbacks but was given more screen time because Amanda did such a wonderful job.

Amanda Seyfried was gaining prominence slowly but surely. Her role in the HBO drama Big Love was one that truly began to get her recognition.

As Sarah Henrickson, Seyfried was the daughter of a Mormon family, who was struggling with her family’s polygamous faith. The series was a hit for HBO and Seyfried one that she held onto for four years.

Amanda Seyfried decided to leave the show before the fifth season premiere as she wanted to further concentrate on her feature film career.

SHE SHOWED OFF HER SINGING ABILITY IN MAMMA MIA!

The production schedule of Big Love allowed Amanda Seyfried to test the feature film movie circuit. She was first seen in the little-known horror flick Solstice but then grabbed her first lead role in the musical Mamma Mia! next to Meryl Streep, Colin Firth, and Pierce Brosnan.

The film, which featured the music of ABBA, was a huge hit. Seyfried was able to show off her singing talent, which was released on the movie’s soundtrack. Seyfried recorded five songs for the hit album.

With the success of Mamma Mia!, Seyfried was able to focus mainly on feature films. Next up for Seyfried was Boogie Woogie, then she followed that with the Megan Fox horror film Jennifer’s Body. She was then seen in Chloe, Dear John, Letters to Juliet, and Red Riding Hood.

Mamma Mia! and its sequel were not the only time Amanda Seyfried got to show off her pipes. Seyfried took on another musical, Les Misérables, and like Mamma Mia!, she contributed to the movie’s soundtrack by performing five tracks on the album.

The movie also starred Sharon Stone, Adam Brody, James Franco, Chloë Sevigny, and Juno Temple. The movie itself received mixed reviews with many feeling like it didn’t take enough chances though both Seyfried and Sarsgaard’s performances were top-notch.

By the mid-2010s, Amanda Seyfried was performing in nothing but features. On top of her Seth MacFarlane movies, she was seen in While We’re Young, she played Peter Pan’s mother in the movie Pan, she was in Fathers & Daughters, Love the Coopers, First Reformed, Gringo, and Anon before she reprised her role in the Mamma Mia! sequel. Seyfried also found herself on the TV series (rare for her at this point in her career) Twin Peaks.

AMANDA SEYFRIED WAS OSCAR-NOMINATED FOR MANK

Amanda Seyfried had been working less lately, doing voice work in movies like Scoob!. But she was also set to make a big return in the black and white Netflix movie Mank, about the writer Herman J. Mankiewicz, played by Gary Oldman. It is about the writer’s development and crafting of Citizen Kane.

In the movie, Amanda Seyfried played Marion Davies, the actress and producer who would star in the film. For her part, Seyfried was up for Best Supporting Actress at the Academy Awards, but she lost to Youn Yuh-jung for the latter’s role in Minari.

AMANDA SEYFRIED LIVES ON A FARM

She seems pretty happy with her kids on the farm. That’s right, she now lives on and runs a working farm.

Not all pandemic stories are gloom and doom. Amanda Seyfried’s lockdown life turned into more of a positive for the actress and her husband, Thomas Sadoski.

The couple, who have two children, including a boy who was born in September 2020, moved to an Upper New York farm from the Big Apple and it’s been wonderful, as she told John Molner on his video series, Molner’s Table, via US magazine. “I haven’t been in [New York] City since November,” the 34-year-old Mamma Mia! star said.

“We live upstate. It’s, kind of, where my daughter goes to school when school happens. We’re residents here. It’s kind of amazing.” She added, “I live on a farm. It’s what I’ve always wanted. Now, with this pandemic especially, we’ve been able to just stay. We don’t even get on the train and go to the city.”

The farm life seems idyllic for Amanda Seyfried and her family, one that includes many animals on the farm. Their place is home to horses, dogs, goats, and turtles. “I get up, I feed the animals,” she explained. “I recently really trained Tommy, my husband, to be able to feed [them.] He knows everything now. He can do everything.”

Amanda Seyfried concludes that the farm life has given strength to her marriage, “These days, it’s been me waking up and going downstairs and drinking coffee and hanging out with my daughter and then Tommy feeding [the animals]. And you know what? Our family is still together. I definitely think my marriage is, like, even stronger.”

Even though Amanda Seyfried just had her second child, she continues to work. She was recently heard in the animated feature Scoob! and the thriller You Should Have Left. She has more projects lined up in the future too, so don’t expect Amanda Seyfried to go anywhere anytime soon. 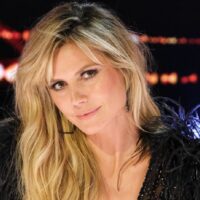 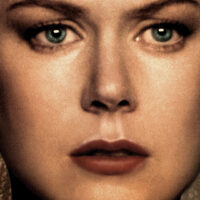 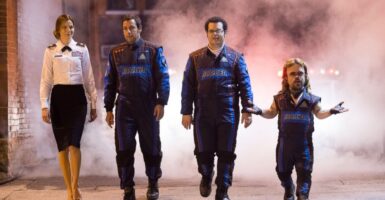 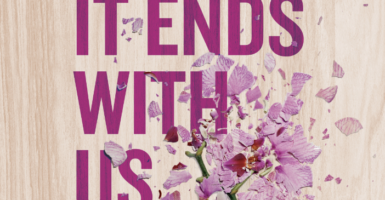 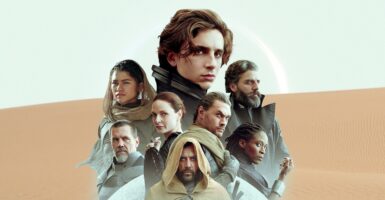