It’s been a long time since Alice Eve donned a blue Starfleet uniform in the 2013 film from J.J. Abrams, Star Trek: Into Darkness, which skyrocketed her into the middle of a national conversation about female representation. Now, she’s proving how far away she’s gone from her role as science office Carol Marcus in a new Instagram photo.

Alice Eve took to her Instagram last week to share a pair of images of herself sporting a skin-tight leopard print dress from the designer Galvan London, a brand that specifically caters to female designers to design clothes that are just for women. It’s a far cry from the uniform she wore when she was in one of the three installments of J.J. Abrams’ Star Trek franchise, but it’s still a hell of a lot more clothing than she wore in her infamous underwear scene for the movie.

In a recent interview with Inverse, Alice Eve discussed how her role in Star Trek: Into Darkness thrust her into the middle of a worldwide debate about how women are portrayed in science fiction. It’s an argument that raged online, though she doesn’t necessarily feel a part of it, even after almost ten years.

WHAT HAPPENED WITH STAR TREK?

The scene in question saw Alice Eve’s brilliant scientist character forced to strip down to just her undies for no real reason other than to include a scene in the movie where Chris Pine’s Captain Kirk ogles her. J.J. Abrams even said as much during a past appearance on Conan, according to CBR, admitting he might do the scene over again if given a chance. Even co-writer Damon Lindelof admitted years later that the scene was a bit gratuitous and didn’t give male Star Trek fans much credit for being able to enjoy a movie without needing boobies to hold their attention.

Still, Alice Eve noted in her interview that, to her, the scene marks the culmination of a lot of hard work with a personal trainer. While she understands the criticism she and the movie faced, she can only look back at that scene with pride. She notes she agreed to voluntarily do the scene and was excited about the prospect of working with a trainer to get in crazy good shape. It ultimately helped her achieve a personal fitness goal.

It’s easy for the two male filmmakers to come out in support of critics who were making some really good points in calling the moment misogynistic. After all, no one really wants to be in those particular crosshairs, even in the pre-#MeToo-awareness society that rebooted franchise sequel came out during. However, Alice Eve’s thoughts on the matter are more complicated.

Star Trek: Into Darkness can be criticized for a lot of things, not the least of which being whitewashing the infamous TV show and movie villain Khan Noonien Singh. However, at the time of its release in 2013, Alice Eve’s underwear scene seemed to be at the forefront of the audience’s criticism.

Some found it telling that Carol Marcus was not included in the third film in the franchise, Star Trek Beyond in 2016. Did she simply have too much connective tissue to everything people thought was bad Star Trek: Into Darkness? Well, it’s hard to say for certain. Simon Pegg, who co-wrote the third and final film in the franchise, noted on a past episode of the official Star Trek podcast (via io9) that the canonical crew of the Enterprise that everyone remembers from the show was already making the film overstuffed. While Alice Eve’s Carol Marcus has her place in Star Trek canon, having previously been played by Bibi Besch, Pegg noted that he just didn’t have anything for her to do. So, rather than kill her off or explain her absence with clunky dialogue, he just left her out of the project entirely.

It’s worth noting to diehard Star Trek fans that, as Den of Geek notes the original version of Carol Marcus had Kirk’s ill-fated son around the time that Star Trek: Beyond is supposed to take place in a different timeline so…feel free to accept whatever on or off-screen explanation tickles you the best. Regardless, the end result is that Alice Eve couldn’t use the blockbuster franchise as the jumping-off point her colleagues could. 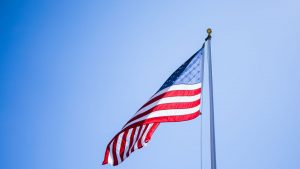 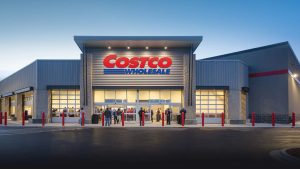 The One Costco Member Perk That May Be Illegal

Costco members enjoy a lot of cost-cutting perks, however, one such perk may actually be illegal

The post The One Costco Member Perk That May Be Illegal appeared first on Tell Me Best.

BLACK MIRROR AND BEYOND

Fortunately, you can’t keep a good science fiction actress like Alice Eve out of the game for too long. As stated, she didn’t go on to have the same post-Star Trek career as her co-stars like Chris Pine, Zachary Quinto, and Zoe Saldana in the franchise. That group got to be in a third movie.

Instead, Alice Eve got to do some pretty noteworthy indie projects, such as the 2014 romantic comedy/drama Before We Go which she co-starred in alongside Captain America himself, Chris Evans, who was also making his first and only directorial debut. Other than some small cameo work and a few shorts, she also starred alongside Ferris Beuler’s Day Off star Matthew Broderick in the 2015 comedy Dirty Weekend. However, Alice Eve wouldn’t return to prominence again until 2016 when she appeared on the hit episode of Black Mirror titled Nosedive.

After that, Alice Eve’s career remained steady before she landed another breakout role in the Marvel and Netflix series Iron Fist. She was brought on in Season 2 as the character Mary Walker, an assassin plucked right from the pages of Marvel Comics. She both befriends and tries to kill Danny Rand after being diagnosed with dissociative identity disorder, giving her two distinct personalities.

Now, Alice Eve is getting back to her roots with the movie Warning, her collaboration with female filmmaker Agata Alexander. It’s yet another return to the science fiction genre. The film sees Alice Eve play a character named Clair in a Black Mirror-style story that takes place in a near-future setting in which technology has run amuck. In this case, an Alexa-like device has become humanity’s substitute for God. Alice Eve’s character ritualistically prays to her device and even confesses her many sins to it. However, when it goes on the fritz, she’s plunged into a bit of an existential crisis — as is the viewer.

NO EARLY EDITION FOR ALICE

It was going to be a gender-flipped reboot of a popular ‘90s TV series, but now, it doesn’t look like it will be happening. Alice Eve was set to star in Early Edition, the reboot of the series of the same name that had starred Kyle Chandler in the lead role. You may recall that Chandler played Gary in his series, a man who began to receive the Chicago Sun-Times early. He would read the headlines and decide which story he would involve himself in to change the fate of those affected.

In the reboot, Ms. Eve was set to play Beth. She was an investigative journalist who also began to get her news early. The series had Charles Michael Davis, Jay Ali, and Fiona Rene ready to support Eve’s Beth as well.

Ms. Eve and the cast even shot the pilot for the series that had Melissa Glenn as the series’ writer and executive producer, but CBS decided not to move forward with it. No official reason has been given as of yet. It’s not a rare occurrence when a pilot fails at one network that it doesn’t get shopped and picked up by another. There still may be hope for Ms. Eve and her Early Edition castmates.

Perhaps a better question to ask and have answered is why, exactly, was Alice Eve not brought back for Star Trek Beyond, the third J.J. Abrams Star Trek film (Abrams only served as the producer for the third film, Justin Lin directed it). Introduced in Abram’s second entry into the series, Star Trek Into Darkness, Ms. Eve played Dr. Carol Marcus, a character who was previously played by Bibi Besch in the Star Trek II: The Wrath of Khan in 1982. You may recall that Ms. Eve’s Dr. Marcus was an almost love interest to Chris Pine’s James T. Kirk and even though many fans spoke out negatively about Ms. Eve’s stripping-to-her-undies scene, her character was very well received.

According to co-writer Simon Pegg, who also played Scotty in the films, he said there was no plan to bring her into the film in a major way, so instead of just making her a fringe character in the movie, they decided not to bring her in at all. “We thought rather than have Carol Marcus be not used to a reasonable capacity, let’s just not include her, have her be alive, in canon, and be ready to come back at any time,” Pegg said via Screenrant.

So, does this mean we may see Ms. Eve in the recently announced but untitled Star Trek 4? All the way back in a 2013 interview, Eve stated she was ready and willing for whatever Star Trek offered. “If there is another one, there could be,” Eve explained at the time. “I’d love to become an integral member of the crew.”

In the meantime, Alice Eve continues to remain busy. Failed Early Edition pilot aside, Ms. Eve has been seen recently in the series Belgravia, and the film Warning. She also has two more films on deck, The Infernal Machine, and The Queen Mary. Ms. Eve will also be appearing in the new series, The Power. We can also hope she will soon be “boldly going” one more time.