Alexandra Daddario has been in show business for a long time, but she is beginning to climb to a whole new level of stardom. That is fortunate for us, because it means we get to see yet more of one of the most beautiful women in the world in movies, television, and social media. We particularly enjoy the last on that list, because Alexandra Daddario is quite prone to posting some absolutely ravishing pictures of herself on her Instagram account. Just recently, she posted pictures of herself from an FYC event (that’s For Your Consideration for television award voting) in which she wore a stunning strapless green dress. Here’s the first of them:

In this long shot of Alexandra Daddario, she is posing in a mock-up for HBO’s White Lotus series, the first season of which she starred to critical acclaim. She is wearing a strapless Kelly green dress that shows off her magnificent shoulders and reaches down to mid-calf. The halter-neck dress has a long drape that reaches down to the hem of the dress in an effortlessly stylish flair. Finally, she is wearing a casually cute pair of white stiletto heels. The mock-up White Lotus set has an appropriate beach resort theme, with a backdrop of stylized palm fronds, what certainly looks like a real mini-palm and a two-tone wooden surfboard.

Then there are these close-ups of Alexandra Daddario:

In the first of these images, Alexandra Daddario is posing in a sultry, open-mouthed pose, looking for all the world like a 1920s starlet. Her famously vivid blue eyes are barely made up with the lightest touch of rose, while her mouth is an amazing shade of red (all her makeup is by Lottie aka Lotstar). Her dark auburn hair is styled in a loose wave by Bobby Eliot. The second picture in the set appears to be Alexandra Daddario in a car, now wearing a stylish pair of Salt Optics sunglasses and a light beige cardigan. The third photo is the actress back in absolute slay mode, staring down the camera with those shocking eyes, while the fourth is a full-length shot crediting Emma Jade Morrison for styling her. It is all very breathtaking.

Alexandra Daddario is set to star in the upcoming AMC series Mayfair Witches, part of the network’s new goal of creating a shared universe based on the works of gothic fantasy writer Anne Rice. The AMC show is based on a series of novels by Rice following a troubled New Orleans family with dark secrets (is there any other kind) who are cursed with magical powers, plus a ghost named Lasher. Alexandra Daddario will play the central character Rowan Mayfair, a brilliant and beautiful neurosurgeon who finds herself dragged back into her family affairs. The cast also includes Jack Huston, Harry Hamlin, and Tongayi Chirisa as a variety of sinister relatives and/or supernatural beings. The show is preceded by a television adaptation of Anne Rice’s Interview with the Vampire and will likely have a crossover at some point, which is fine by us. The more Alexandra Daddario, the better. 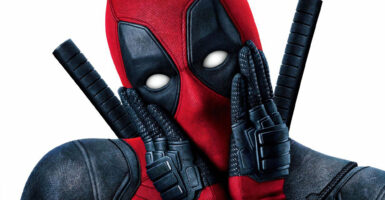