The passing of Alan Rickman broke a lot of hearts, and for good reason. Whether you knew him best as the often misunderstood Harry Potter character Severus Snape, as the discouraged Alexander Dane of Galaxy Quest, as — perhaps one of the greatest villains in cinema — Hans Gruber of Die Hard, or another lesser known character, Rickman’s performances were unforgettable and it was impossible to experience his art and not have it leave a powerful impression. Sadly, no one can bring him back, but soon you’ll be able to get to know the man behind all the characters just a little bit better. The actor’s diaries are being published and are due to hit shelves by the end of the year.

As reported by Variety, Madly Deeply: The Diaries of Alan Rickman will be released on October 18. Rickman began handwriting his diaries in the early nineties and by the time his final entry was made in December 2015, he had amassed 27 volumes capturing his thoughts. Madly Deeply has been edited down to a single volume, including an entry from Oscar winner Kate Winslet. Winslet was Rickman’s co-star on two films, both period dramas; 1995’s Sense and Sensibility and 2014’s A Little Chaos. The latter film was one of two features Rickman directed before his death. His feature directorial debut was the 1997 drama The Winter Guest. An afterword in Madly Deeply will be written by Rickman’s widow, Rima Horton.

Alan Rickman made his first huge mark on Hollywood in 1988 when he appeared as the villain Hans Gruber opposite Bruce Willis in Die Hard. Two years later he was the brightest spot in the otherwise unremarkable Robin Hood: Prince of Thieves. This version of Robin Hood is mostly remembered for two things — how amazing Rickman was as the Sheriff of Nottingham and the fact that Kevin Costner did it all in an American accent.

Later in the decade brought two of his more well-remembered roles. In Kevin Smith’s 1999 satire Dogma, Alan Rickman played the angel Metatron who accompanies the mismatched band of prophets, humans, and walking dead on their quest to save God. That same year, he played Alexander Dane in the Star Trek spoof, Galaxy Quest. His character feels trapped in the role of Dr. Lazarus, while he considers himself purely a stage thespian. Ironically, as much as he bristles at fans repeating his character’s catchphrase, Rickman hilariously never removes his alien headpiece the entire film — even when he’s just relaxing at home.

But doubtless the character perhaps most fans will remember Alan Rickman for is his time as the tragic wizard Severus Snape of the Harry Potter films. Often viewed as an arrogant and villainous character, the professor of Hogwart’s Potions class ultimately proves to have been looking out for the titular Boy Who Lived the entire time, and utterly loyal to Dumbledore.

Alan Rickman died at the age of 69 on January 14, 2016. Unbeknownst to most before his passing, the actor had been battling pancreatic cancer. 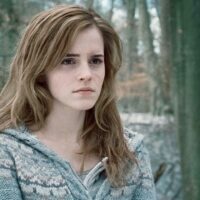 Brie Larson: How Her Social Anxiety Shaped Her Career, Instagram Feed, And More