Actor Adam Baldwin has been in the game for a long time. In fact, this year marks 40 years that Baldwin has been in front of the camera. For much of his career, he has been cast as the bad guy. He just has that face, ya know? But in his lengthy career, he has also been given roles that have shown his better side. So, what’s the bad AND good Adam Baldwin been up to lately? Not much and there’s a very specific reason he seems to have stopped getting work.

First things first. It must be noted that no, Adam Baldwin is not related to the famous Baldwin brothers of Alec, Daniel, William, and Stephen.

Now that we have that cleared up, Adam Baldwin made a big impact with his very first role in his career when he appeared as Ricky Linderman in the 1980 movie My Bodyguard. The film starred Chris Makepeace (Meatballs) and a very young Matt Dillon, who played the bully. The story was about a new kid in school who constantly is getting bullied and extorted. He decides to hire the most feared kid in school (Baldwin) as his bodyguard.

After his initial film, roles came at a regular clip for Adam Baldwin in the ‘80s. He was seen in the Mr. T vehicle D.C. Cab, as well as Reckless. This brought him to a supporting role in the classic war film, Stanley Kubrick’s Full Metal Jacket where he made his name as Animal Mother. He followed that with a role as Tate opposite Roy Scheider of Jaws fame in Cohen and Tate.

Not to say that Adam Baldwin was typecast early on in his career, but perhaps he was. He took on another memorable, but very creepy and brutal role in the movie Radio Flyer, where he played “The King”, a name he forced his two step sons to call him, who was an alcoholic that beat one of the boys. These were the type of roles Adam Baldwin played so well, as much of his career can attest to.

Adam Baldwin wasn’t only a feature film actor, he has also done plenty of TV work. One role he is well-known for is his portrayal of mercenary Jayne Cobb in the one season wonder Firefly. Again, he played a character with rough edges, a rough persona, but also with a hint of sensitivity he tries to hide from the rest of the crew. It was a role perfect for Baldwin, one he would play again in the movie Serenity, the follow-up to Firefly.

IF IT AIN’T BROKE

Baldwin tried his hand at a couple of TV series in the late ‘90s, first appearing in the series The Cape. That lasted two seasons and he then jumped ship to be seen in another short-lived series The Visitor. He also made appearances in Men in Black: The Series, The X-Files, Stargate: SG-1, and Angel. He did have a long run in the series Chuck, one that lasted him five seasons and all 91 episodes.

Adam Baldwin expanded his acting chops by doing some voice work both on animated shows and video games. He was in the voice cast for Justice League Unlimited, Jackie Chan Adventures, and Transformers Prime. His video game work includes Halo 3, Half-Life 2: Episode 2, Halo 3: ODST, Mass Effect 2, DC Universe Online, where he played Superman, and Injustice: Gods Among Us, where he was the voice of Hal Jordan aka Green Lantern.

Now 58-years-old Adam Baldwin is happily married to Ami Julius and has three-children with her. He has sometimes gotten in trouble for his political views, since he’s open about not being a liberal. Baldwins says that after he read the book Radical Son he changed his mind on liberalism and now considers himself a “small government conservative libertarian”.

He also courted outrage when he became involved in the politically complex Gamergate controversy. Actually it’s believed that Adam Baldwin was the person who originally started the #gamergate hashtag in the first place by repeating allegations against popular video gaming figures. As a result he has been banned from appearing in some quarters, by those who don’t share his political views.

As Adam Baldwin has become more and more open about his conservative political views he has worked less and less. Previously it had been been 40 years of consistent work, being the man you’d love to hate or hate to love. But he hasn’t done anything since early 2019 and currently he has nothing on the horizon.

One of Adam Baldwin’s last roles was reunited in a recurring role with his Firefly/Serenity co-star Nathan Fillion in the series Castle. His final significant job was as Mike Slattery in the pandemic-related TV series The Last Ship, which ended in 2018. 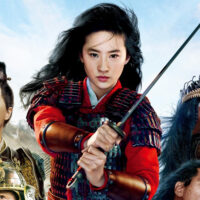