Ever find yourself thinking there just aren’t enough pop groups who base their dance hits on Napoleonic battles? Do you need more favorite musical acts whose names can be spelled the same backward and forward? Or do you just think Meryl Streep could use more songs for another chapter of Mamma Mia? Well, your long wait is over! The ’70s Swedish pop group ABBA is back with Voyage — their first album of new material in 40 years. You can see the announcement below, along with a short video featuring brief snippets of interviews with ABBA songwriters Benny Andersson and Björn Ulvaeus, as well as shots from the making of the album.

The first seeds of Voyage dropped in 2018, when the band announced they had recorded two new original songs: I Still Have Faith in You and Don’t Shut Me Down. Now those and eight more new songs are available to fans on Voyage. You can listen to the entire album on Spotify below.

Along with the new album comes not only new performances, but a new kind of performance. In 2019, ABBA announced what they were calling The ABBAtar Tour which would include holographic avatars of the group on stage next to live musicians. Like so many other things, the tour was delayed by the COVID-19 pandemic. Now called ABBA Voyage, the tour will begin with a residency in London, with plans to tour the rest of Europe. You can see the tour trailer, which includes the holographic avatars, below.

Unlike plenty of other musical acts of similar age, ABBA’s lineup remains the same as it was when they first formed and recorded their first song, People Need Love, in 1971. While the former married couples of Agnetha Fältskog/Björn Ulvaeus and Anni-Frid Lyngstad/Benny Anderson have long since divorced, all four still make up ABBA. Originally known by the name Björn & Benny, Agnetha & Anni-Frid, the group had changed its name to ABBA — a fusing of the first letters from all of their names — by the time it won Europe’s Eurovision Song Contest in 1974 with Waterloo.

Before Voyage, ABBA’s last studio album of new material was 1981’s The Visitors. While the band never officially broke up, the performers chose to take a break in 1982. That “break” lasted decades and in 2014 Ulvaeus told Billboard (via NME) that anyone waiting for a reunion shouldn’t hold their breath. He said that ABBA would never perform “onstage again.” NME also reported the group had been offered a staggering $1 billion to go on tour in 2000, and they’d turned it down.

Of course, even without ABBA on tour or making new albums before now, the group’s music has never left popular culture. Along with covers and tribute albums, there was the 2008 jukebox musical film Mamma Mia! starring Meryl Streep, Pierce Brosnan, Amanda Seyfried, Stellan Skarsgård, and more. Featuring all songs by ABBA, Mamma Mia! tells the story of a bride-to-be hoping to discover the identity of her father. While the critics weren’t impressed, audiences enjoyed it enough to justify the 2018 follow up Mamma Mia! Here We Go Again. 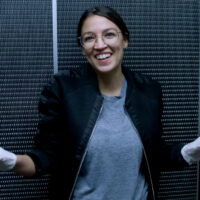 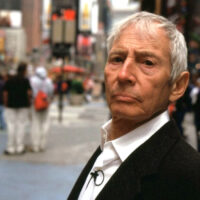